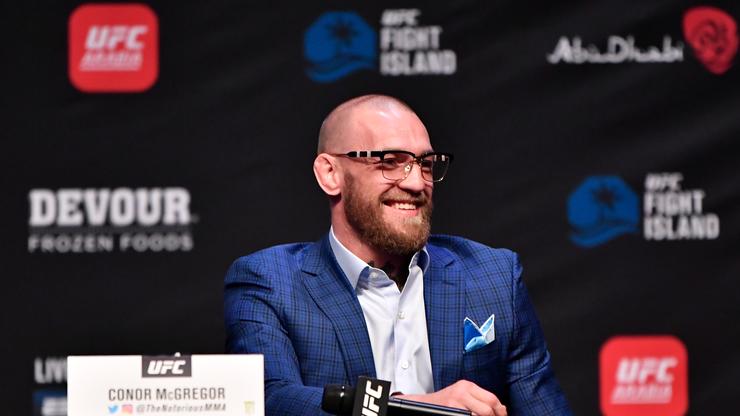 Conor McGregor has been challenged by the Paul brothers on quite a few occasions.

Conor McGregor is set to fight Dustin Poirier on Saturday and it should make for an incredible fight. These two have a history against each other and this trilogy bout will put to the test who is the best between the two. McGregor hasn’t been at his best over the last couple of years and a win against Poirier could very well give him the confidence necessary to get himself on the road to a title.

Prior to the fight, McGregor was interviewed about his upcoming fight, where he was eventually asked about the Paul brothers and what he thought of them. Jake and Logan have been adamant about fighting Conor, and as you can see in the clip below, McGregor is actually intrigued by the idea of a fight. However, he does think the two brothers are idiots.

“I don’t see so, but never say never,” McGregor said. “If they’re gonna keep competing and what not, who fuckin’ knows? But dingbats, the 2 of ’em.”

Jake is set to fight Tyron Woodley next month and if he wins, he will have cemented himself as a legitimate boxer who can hang with the best of them. With this in mind, perhaps Conor would be intrigued in a fight, especially if he loses to Poirier and misses out on future UFC opportunities.

Let us know if you want to see this fight happen, in the comments below.