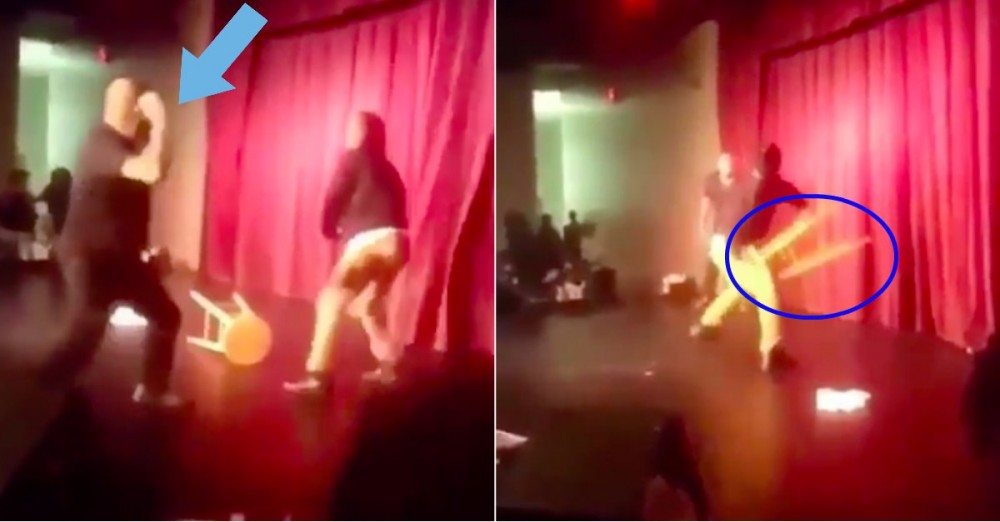 A South Carolina show by comedian Steve Brown ended suddenly after an audience member stormed the stage and tried to fight him.

In a fan-shot video, Brown can be seen repeatedly ducking punches thrown by the audience member, who eventually gets frustrated and tries to hit Brown with the mic stand. When Brown dodges that as well, the fan chucks the stool at the star before other audience members stepped in between them and pushed the man toward the door.

Brown shared a series on Instagram posts showing the aftermath the fight and calling the club out for not providing adequate security.

“Them mic stands are a b**ch,” he said alongside a photo a gash he received when the man swung the stand at him. “In the future, I’m gonna start pulling mic stands on these n***as… #thankscomedyhouse #wherewassecurity#imtooldforthissh*t.”

In a video, he also explained how the situation began. He said the attack was entirely unprovoked.

“The thing is, the dude wasn’t being heckled. Nobody was messing with him,” he said. “All a sudden dude just got up and lost his mind. I asked him if he was okay. I had to give him the comedian disclaimer, if you come on stage your a** is open game. You saw what happened. He was doing all that swinging and I was doing the ducking.”

He also found a moment to turn the entire event into a joke.

“If you look at the video, I was talking to him. I was like ‘Dude, you’re gonna get tired and I’m gonna knock your a** out,’” he said.