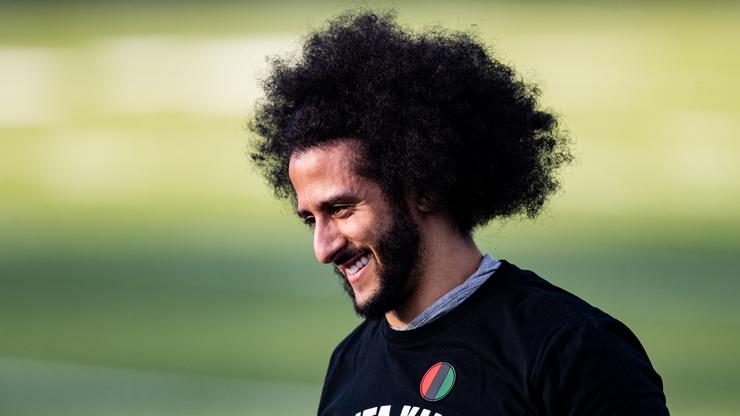 The NFL QB will be getting his own Netflix scripted series.

After securing a deal to direct and co-produce an upcoming Nipsey Hussle documentary for Netflix back in February, Ava DuVernay has once again inked a deal with the streaming giant. This time, the filmmaker will be teaming up with ex-San Francisco 49ers QB to produce a limited scripted series about the activist’s formative years.

Colin in Black & White will be a six-part series and will provide a closer look at Kaepernick’s adolescent life, focusing on his time in high school and the experiences that pushed him towards activism. Michael Starburry, who worked together with DuVernay on Netflix’s critically acclaimed When They See Us, will write the scripted drama, while Kaepernick will be the series’ narrator.

DuVernay will serve as executive producer the project along with Kaepernick and Starburry. In a press release announcing the project, DuVernay expressed her excitement to work on the documentary. “With his act protest, Colin Kaepernick ignited a national conversation about race and justice with far-reaching consequences for football, culture and for him, personally,” said the filmmaker. “Colin’s story has much to say about identity, sports, and the enduring spirit protest and resilience. I couldn’t be happier than to tell this story with the team at Netflix.”

Kaepernick expressed his gratitude to be working with DuVernay on the project, emphasizing the necessity having Black stories told by Black people. “Too ten we see race and Black stories portrayed through a white lens,” explained Kaepernick. “We seek to give new perspective to the differing realities that Black people face. We explore the racial conflicts I faced as an adopted Black man in a white community, during my high school years. It’s an honor to bring these stories to life in collaboration with Ava for the world to see.”

Netflix’s VP Original Content Cindy Holland added, “We’re proud to bring Colin’s experience and his creative vision to life as he joins Ava to share his powerful story and message with all our members around the world,” she continued, “It is an unparalleled union two strong and defining voices coming together to tell the story about what it’s like to be Black in America.”

Writing for the project was finished in May and is slated to begin filming in the fall. DuVernay’s ability to accurately direct Black stories has received attention from many including Nipsey Hussle’s estate, who handpicked her to direct the upcoming documentary on the late rapper due to her work on 13th and When They See Us.