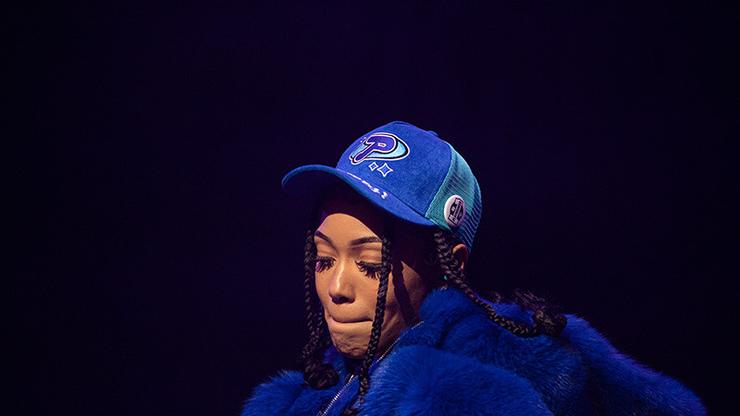 Coi Leray uploaded a new twerking video from her vacation with boyfriend Pressa, telling fans that she “got thick”.

One of this year’s breakout artists, Coi Leray has recently been fighting against body-shamers on the internet, urging her supporters to stop judging others by how they look in the new year. With such a highlighted profile following the viral success of several of her songs though, including “No More Parties,” “Big Purr,” “Twinnem,” and more, criticism has been at an all-time high for the 24-year-old recording artist from New Jersey.

As she looks to relax following an intense year on the come-up, Coi took a vacation with her boyfriend, Toronto rapper Pressa, in a tropical destination to close out the year. She must have been eating well during the trip because, according to Coi’s latest post on TikTok, she “got thick” in the last few weeks. She wanted to show her fans exactly what she meant so she filmed a quick twerking video, dancing to Timbaland and Magoo’s “Drop.”

In the video, Coi makes an emphasis to jiggle her derrière, showing where the vacation weight went and celebrating her new updated look. While she says she “got a lil thick,” many of her fans are saying that she doesn’t look too different, telling her not to worry too much about it.