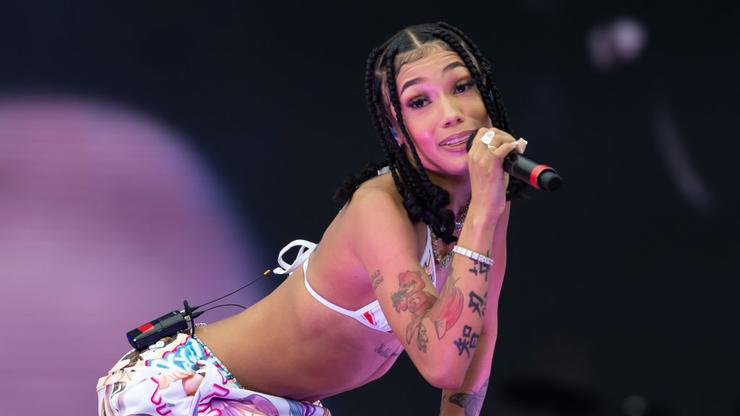 Coi Leray shows off her new chain and says it’s the hardest piece in the game.

Coi Leray says that she officially has the best chain in the game after copping a new piece, which she says is slicker than Travis Scott’s.

Over the years, we’ve seen many rappers show off their extravagant necklaces on social media, including the Migos, Cardi B, Lil Uzi Vert, Rick Ross, and more. While it feels like every single rapper has a signature chain, Coi Leray is willing to bet money that her brand new piece is cooler than the next rapper’s because she’s confidently stating that she has the best chain in the game.

Coi got her new chain this week from Avianne & Co., and it’s definitely pretty flashy. According to the rapper, it’s the first chain with koi fish links, making it pretty original. But is it the hottest chain out right now? Not many people are agreeing.

“So the migos disappear or something?” asked one fan when she declared chain supremacy. “She is getting rlly fucking annoying,” added another critic, which over 22,000 people agreed with. “Travis still got the best,” declared somebody else.

Coi has plenty of opportunities to show off the chain while on tour with Lil Baby and Lil Durk. She also just released her latest single “TWINNEM,” which has already gone viral on TikTok.

Let us know what you think of her chain in the comments.