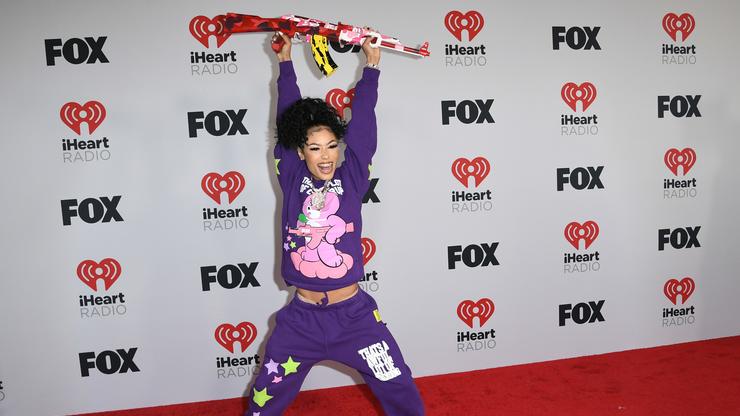 Benzino previously went off on Eminem’s induction into the Rock & Roll Hall Of Fame.

Benzino has a very obvious distaste for Eminem, and he has no problems airing those grievances out on social media. For instance, it was revealed this past week that Eminem would be inducted into the Rock & Roll Hall of Fame. It is his first year of eligibility and given the fact that other hip-hop artists have been inducted in the past, it only made sense that a superstar like Em would make the cut.

In the eyes of Benzino, however, Em is undeserving of the honor as he believes there are a ton of black artists who should have received that honor first. Below, you can see the list of names he presented in order to justify his argument.

“Eminem has now been inducted to the Rock And Roll Hall Of Fame before countless Black hip-hop pioneers who paced the way for his success. What message does that send?” Benzino wrote. “So where’s Nas, Eric B and RAKIM, Kool Moe D, Epmd, Fearless Four, Fat Boyz, Lauren Hill, Little Kim, OutKast and 100s other Black rappers?? GTFOH.”

Today, Benzino’s daughter Coi Leray took to Twitter where she actually defended Eminem. Leray has stood in opposition of her father on a plethora of topics, and Eminem’s induction is no exception. In fact, Leray called for healing and letting go of past indiscretions.

“I’m about love, equality, respect and forgiveness. I have nothing against Eminem, 25 years of my life all I know is he a very talented artist and actor ! (8 Mile was great) Let’s build bridges and get over them before you burn the bridge and burn with it,” Leray wrote. “Part of healing is letting the past go.”

The Eminem Rock & Roll Hall of Fame debate is one that will certainly be had for weeks to come. With that in mind, give us your thoughts on Benzino’s rant, in the comments down below.