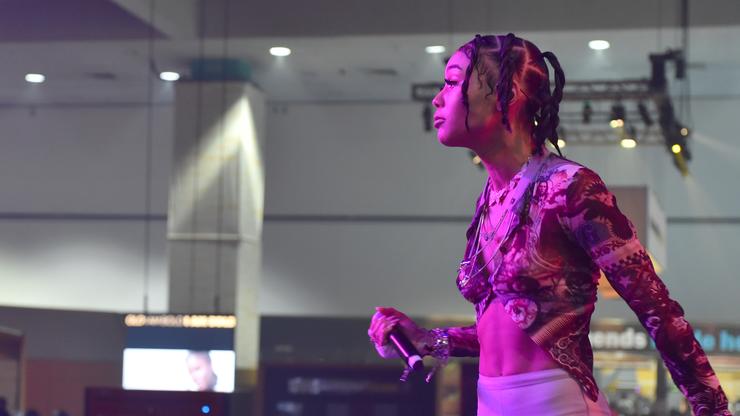 Does she kill it or nah?

Coi Leray is doing well this holiday season after getting into what could have been a fatal car accident. “So homie ran his light tryna be quick to get on the highway. I could of died,” Coir Leray wrote on social media. Her good spirits seemed to be raised by Blueface as of late, so the holidays have not been a complete wash for her. As we transition from Christmas into the new year, Coi wanted to treat her fans to a little fun on her socials.

Meg Thee Stallion and DaBaby‘s hit “Cry Baby” has inspired the internet to break down and twerk for their followers. Coi Leray is one of those people. She shared a video of her breaking it down in little pink shorts and a tank top. Coi tagged Meg in the video, happily proclaiming that she had been practicing. Akademiks was quick to repost the video.

Coi was introduced to much of the rap world through her relationship with Trippie Redd. Trippie went on to name a song after her, in which she responded to, saying, ” I didn’t like it. It was very like, what the fuck, because I always thought we really had something outside of the music. So I’m just like, damn. If you got something to say, let’s get together and you say that shit to my face… I felt like I’m being used for click bait.”