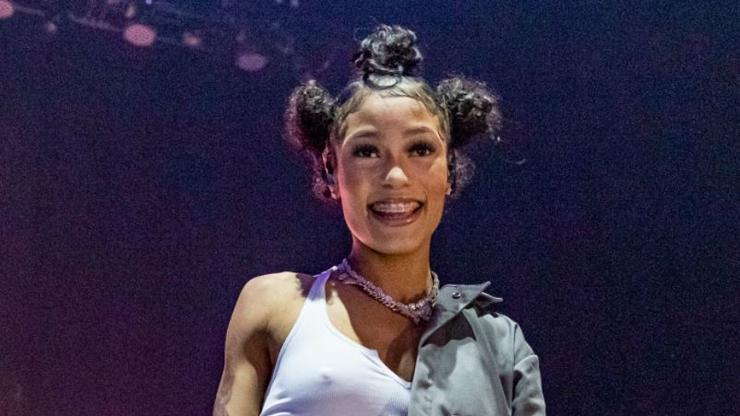 She’s ready to take notes from the Rap icons as she “tightens up.”

Kanye West‘s Donda dropped over the weekend, Drake‘s Certified Lover Boy is set to arrive this Friday (September 3), and Kendrick Lamar created a buzz after sharing that his forthcoming album will be his last with Top Dawg Entertainment. These are just three announcements of the many that have taken over Hip Hop in 2021—a year that has poised itself as a memorable time in music history.

We have also seen several new and rising artists brand themselves as the next international Rap star with hopeful longevity, including Coi Leray who has been quickly capturing attention. As her single “Big Purr” and “No More Parties” have helped put her on the map, her fans continue to await news about her debut album.

A tweet from Leray suggests that if things had gone according to past plans, her project would have arrived within this time of Kanye and Drake hype. It is unclear why the record’s release was delayed but Leray took to Twitter to express that she isn’t bitter that her album hasn’t arrived just yet.

“Glad my album ain’t drop. Between drake and Kanye, sheesh,” she wrote. “Everything happens for a reason. This gives me more time to tighten up. Maybe take some notes from the both of them [thinking face emoji].” It will be interesting to hear what Leray cooks up in a full-length project, and in a recent interview with the Los Angeles Times, she said she wanted to bounce genres, eventually being seen as a “Pop girl.”

“I’m so confident in who I am that I don’t look at nobody as competition. I could be in a room with anybody and [not] feel like they’re overshadowing me,” she told the publication. “I write my own music. I’m not a hundred percent where I want to be, but I’ve gotten better because I’m growing up.”