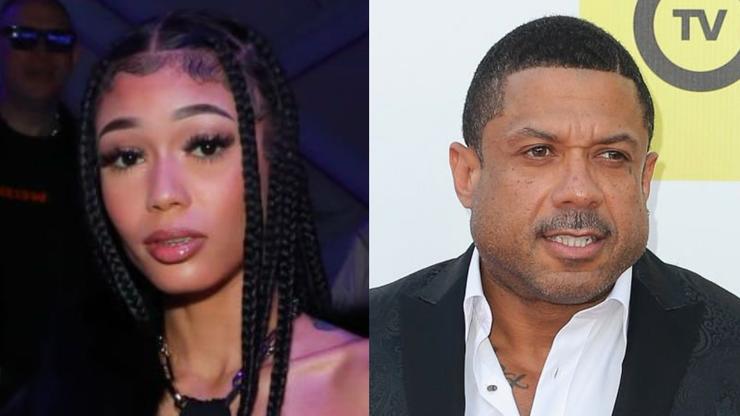 The celebratory release of Coi Leray’s debut album Trendsetter is still being felt by the rapper’s fans. Leray provided an introductory effort stacked with industry favorites as features, and she even included a few tracks that helped her become a viral success. Today (April 13), DJ Akademiks tweeted that Trendsetter was “on pace to sell 11K first week,” and instead of being supportive, this prompted Benzino to reportedly tease his daughter.

Leray and her father have been at odds in recent days following her appearance on The Breakfast Club. Benzino was reportedly upset that Leray said that they went broke after he was edged out of The Source‘s ownership, and on Twitter, the “No More Parties” hitmaker even claimed her father was threatening her mother.

According to reports, Benzino allegedly reshared a post of Akademik’s Trendsetter announcement with a message that also stated, “[Crying laughing emojis] if she had track wit @iambenzino I woulda listened @coileray.” The only thing that was added to the retired post were the laughing emojis, the other portions came from an Instagram user. Many people couldn’t understand why Benzino would find that to be funny, including several other industry professionals and entertainers.

Tory Lanez wrote, “I’d never laugh at my daughter .. type of sh*t is that ? [side eye emoji].” The Shade Room shared the post and others joined in:

Tank: I’m gonna say he was hacked cause as a dad this is never the way..[praying hands emoji]

Maliibu Miitch: Don’t let this distract u from tha fact that Coi didnt inherit any of his envious, haten & korny ways !!!!! She also has a neck !!!!! her daddy kant even spell NECK

The backlash against Benzino hasn’t ceased and it doesn’t look as if Coi Leray has reacted to her father’s alleged jibes. Check it out below.