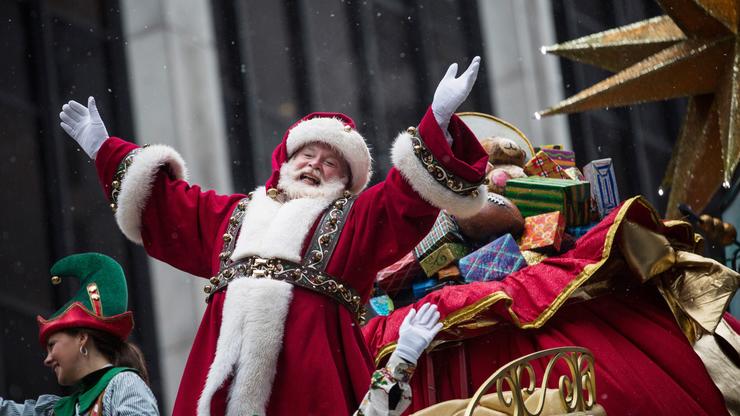 Christmas Songs made up for 80% of last week’s Billboard Hot 100’s Top 10 list. The Hot 100 aggregates figures from across all genres in the U.S. for streaming, radio airplay, and sales data.

Mariah Carey‘s “All I Want for Christmas Is You” was able to beat out the competition and secure the number one spot. The iconic track was released in 1994 on her holiday album, Merry Christmas, and has spent seven total weeks on top of the charts since it dropped.

“Rockin’ Around The Christmas Tree,” by Brenda Lee landed in second place, with Bobby Helm’s “Jingle Bell Rock” rounding out the top three.

The other Christmas songs to make the list included “A Holly Jolly Christmas,” by Burl Ives at number four, “It’s The Most Wonderful Time Of Year,” by Andy Williams at number six, “Last Christmas,” by Wham! at number seven, “Feliz Navidad” by José Feliciano at number eight, and “Sleigh Ride,” by The Ronettes for number 10.

The only non-Christmas songs to make the cut were Adele’s “Easy On Me” at number five and Justin Beiber and The Kid LAROI’s collaboration, “Stay,” at number nine.