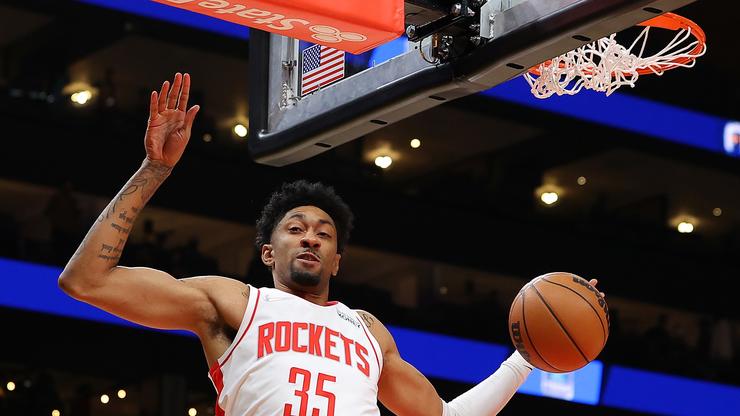 Christian Wood was very apologetic after the game.

Christian Wood has been a shining light on the Houston Rockets over the past couple of years, even if the team itself has been pretty bad. Last night, the Rockets were in Charlotte playing the Hornets, and they ended up getting blown out of the water by over 20 points. It was so bad, that the biggest highlight for the Rockets came at the expense of an innocent fan who just wanted to get back to their seat.

As you can see in the video posted below, Wood was trying to pass the ball down the court, but he ended up missing pretty badly. Instead, Wood sent the ball into the crowd where he drilled a woman in the head. She was pretty taken aback by the whole thing and even got some attention from staff before moving on.

Following the match, Wood was very apologetic about the ordeal, and even took to his Instagram story where he wrote “happens to the best of us.” He also claimed that the woman could have courtside tickets to any Rockets game of her choice. Needless to say, a pretty good deal for just a moment of discomfort.

Hopefully, the woman is able to avoid a concussion. As for Wood, we’re sure he’ll be extra careful about how he passes the ball next time.