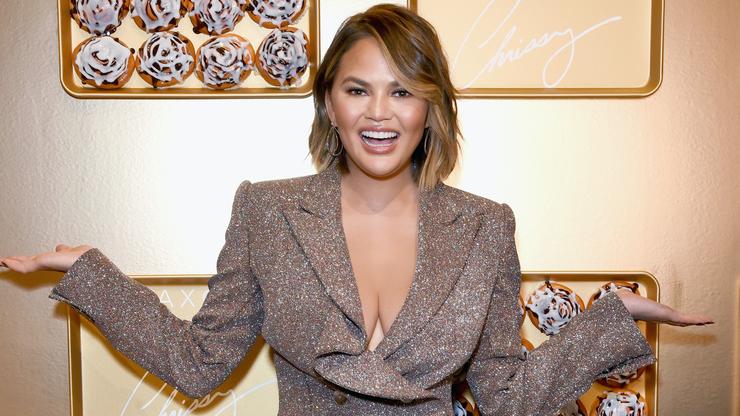 Chrissy Teigen posts her surgery scars as pro that she had her implants removed.

Last month, Chrissy Teigen told the public that she had her breast implants removed, but her announcement was met with some doubts.

To prove that she really underwent the procedure, Teigen posted pictures her post-op scars.

“A few my friends keep having to tell people that I really got my implants out because no one believes it…these are the scars,” she said in an Instagram Story video on Sunday.

Earlier this year, Teigen revealed that she got the implants at the age 20. She was prepping for the 2010 Sports Illustrated Swimsuit Issue at the time: “I thought if I’m going to be posing, laid on my back, I want them to be perky! But then you have babies and they fill up with milk and deflate and now I am screwed.”

Following the video, Teigen posted a censored picture her surgery to her Instagram Story. “Trust me lol,” she wrote in the caption.

She assured fans that the decision to remove her implants was not a big deal when she first announced: “They’ve been great to me for many years but I’m just over it. I’d like to be able to zip a dress in my size, lay on my belly with pure comfort! No biggie! So don’t worry about me! All good. I’ll still have boobs, they’ll just be pure fat. Which is all a tit is in the first place. A dumb, miraculous bag fat. “

Teigen was met with support from both friends and family. Her friends threw her a party to celebrate the successful surgery and Luna, her 4-year-old daughter, penned a get well card that said “BYE BOOBIES.”