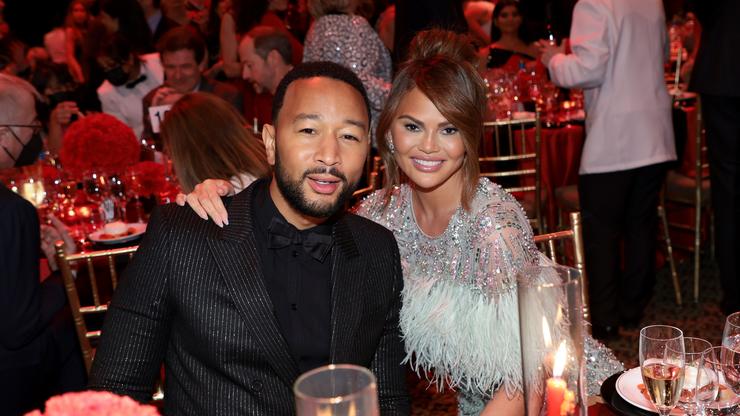 The couple sadly lost their newborn son Jack nearly two years ago and now they’re pregnant with their Rainbow Baby.

It has been some time since Chrissy Teigen took over social media spaces and today (August 3), she returns with good news. Teigen has had a rough few years of changes and scandals, including being accused of cyberbullying and facing backlash from the public. Teigen and husband John Legend also suffered an immeasurable loss when they shared that their newborn passed away in 2020, earning the couple worldwide compassion from those who sympathized with their experience.

Teigen has been laying low—for the most part—and now, the businesswoman is showing off her growing baby bump as she announced that she is once again pregnant.

Legend and Teigen have two children, Luna, 6, and Miles 4, but the family is celebrating the arrival of their Rainbow Baby.

“The last few years have been a blur of emotions to say the least, but joy has filled our home and hearts again,” wrote Teigen in the caption of her Instagram post. “[One] billion shots later (in the leg lately, as u can see!) we have another on the way. Every appointment I’ve said to myself, ‘ok if it’s healthy today I’ll announce’ but then I breathe a sigh of relief to hear a heartbeat and decide I’m just too nervous still. I don’t think I’ll ever walk out of an appointment with more excitement than nerves but so far, everything is perfect and beautiful and I’m feeling hopeful and amazing.”

“Ok phew it’s been very hard keeping this in for so long!” Congratulations to the couple! Check out Teigen’s post below.