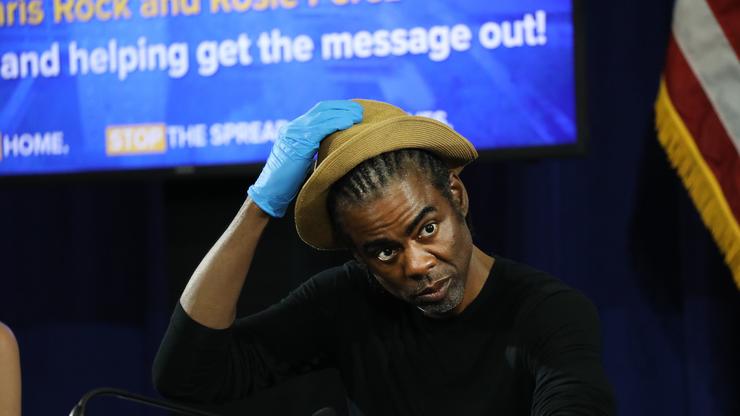 Chris Rock says he won’t be celebrating a Joe Biden victory, compares his feelings to the end of “Cast Away.”

Chris Rock says he isn’t in the mood for celebrating following the announcement that President-elect Joe Biden defeated incumbent Donald Trump in the Presidential election.

“Oddly I don’t feel like celebrating. I feel like Tom Hanks towards the end of Cast Away,” Rock wrote on Instagram. “I’m really happy the ship came but I don’t want to party. I just want to take a shower cut my hair eat a shrimp find Helen Hunt deliver my last package and figure out the rest of my life.”

In September, Rock detailed a story of running into Trump at a club, when speaking with The Hollywood Reporter: “Trump walks in and all these girls just start running to that side of the room because a f*cking 6-foot-whatever blond billionaire with his name on all the buildings walks in—like if that room was a seesaw, we’d be in the air.”

Biden’s victory was confirmed by several publications’ projections as of Saturday afternoon. Both Nevada and Pennsylvania flipped blue, securing the results for the former Vice President. It appears that Georgia will go to a recount with Biden leading by less than 10,000 votes as of Saturday night.