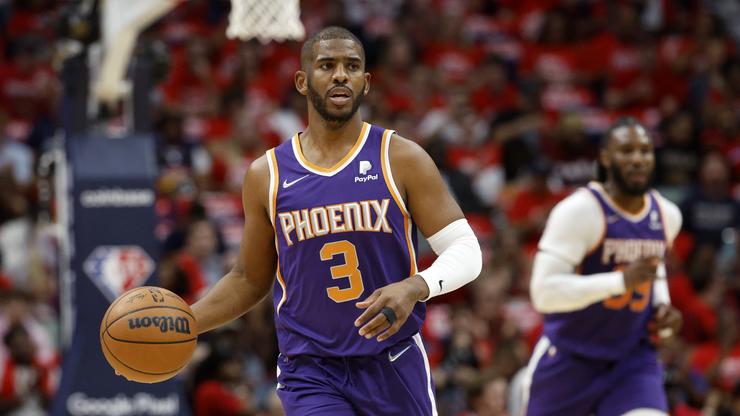 Chris Paul called out a fan on Twitter for allegedly putting hands on his family during Game 4.

After scoring just five points in the Phoneix Suns’ 111-101 loss to the Dallas Mavericks, Chris Paul ended his postgame press conference early in order to avoid getting fined and took his anger to Twitter. There, he explained that a fan in attendance had put his hands on his family who were watching on from the crowd.

“Wanna fine players for saying stuff to the fans but the fans can put they hands on our families….fuck that!!” Paul tweeted on Sunday night.

Details of the incident were confirmed by ESPN’s Dave McMenamin, who tweeted: “A source familiar with Chris Paul’s tweet after Game 4 told ESPN that Paul’s mother had hands put on her by Dallas fans and Paul’s wife was also pushed. To make matters worse, Paul’s kids witnessed it. ‘They felt very unsafe,’ the source said.”

The Mavericks released a statement in response to the incident, explaining that the fan was removed from the game: “The Dallas Mavericks are aware of an incident between a fan and the family of Chris Paul. It was unacceptable behavior and will not be tolerated. The Mavericks, along with American Airlines Center, swiftly removed the fan from today’s game.”

Paul’s complaint isn’t the first time this playoff run that players have taken issue with the behavior of fans. Golden State Warriors forward Draymond Green recently criticized Memphis Grizzlies fans for booing him when he was injured, and Green was fined $25,000 for the comment.

Game 5 is scheduled for Tuesday.