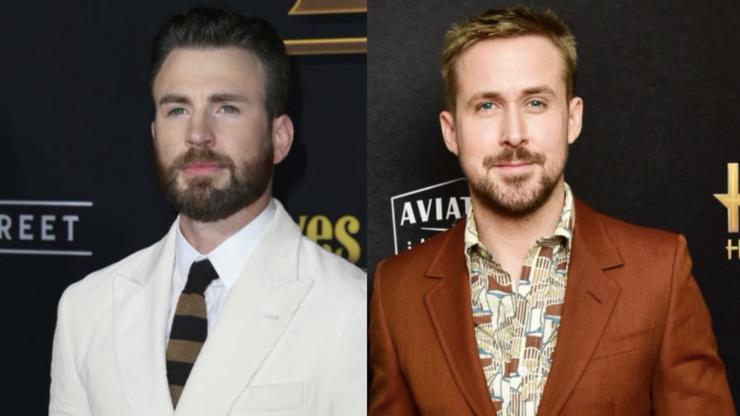 “The Gray Man” was directed by Joe and Anthony Russo, who also oversaw “Avengers: Endgame.”

We know and love Chris Evans as Captain America in the countless Marvel films he’s appeared in over the years, but for his latest project, the 40-year-old instead took on the role of the villain, facing off against Ryan Gosling in Netflix’s upcoming spy thriller, The Gray Man.

The film’s first trailer arrived earlier today (May 24), and gives us a look at what Avengers: Endgame directors Joe and Anthony Russo have in store for us on their latest project, which also stars Ana de Armas, Billy Bob Thornton, and Regé-Jean Page.

“The Gray Man is CIA operative Court Gentry (Gosling), a.k.a., Sierra Six,” an official synopsis explains. “Plucked from a federal penitentiary and recruited by his handler, Donald Fitzroy (Billy Bob Thornton), Gentry was once a highly-skilled, Agency-sanctioned merchant of death.”

“But now the tables have turned and Six is the target, hunted across the globe by Lloyd Hansen (Evans), a former cohort at the CIA, who will stop at nothing to take him out. Agent Dani Miranda (de Armas, 34) has his back. He’ll need it.”

The movie was adapted from the book series by Mark Greaney and is due to “launch a new franchise revolving around Gosling’s character and reportedly boasts a budget upward of $200 million,” as per PEOPLE.

In an interview with Entertainment Weekly, the Russo brothers opened up about working with Evans after their collaborations on Marvel pictures. “It’s hard to find somebody at Chris Evans’ level to step into a villain,” Joe shared.

“It’s why you traditionally don’t get a Ryan Gosling versus Chris Evans movie. But he’s at a point where [playing the villain] is more entertaining to him than playing a hero, so we’re able to get two giant movie stars that face off against each other,” he continued. “They’re very complicated characters with competing agendas, and it’s a fight to the death.”

The Gray Man will premiere in theatres on July 15th, and a week later on Netflix – check out the trailer above, and tap back in with HNHH later for more pop culture news updates.