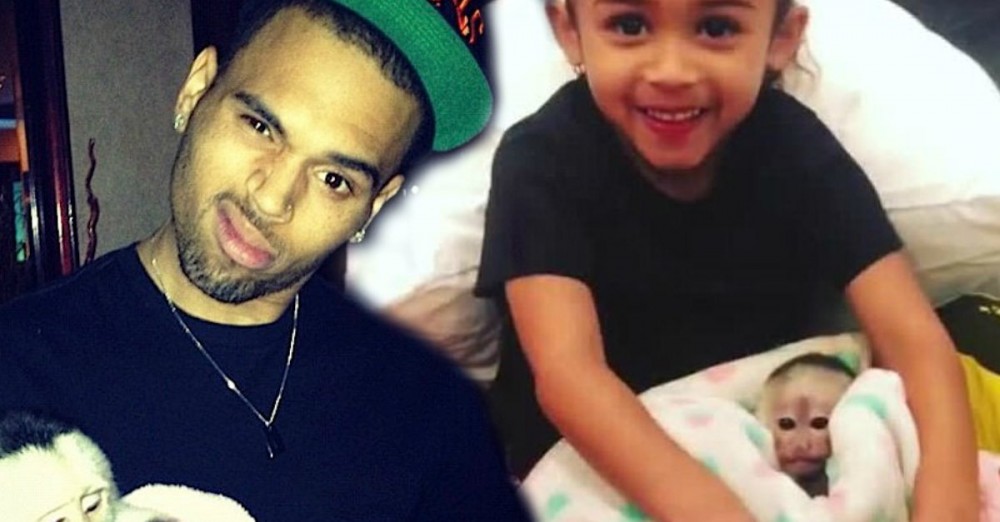 Chris Brown made the mistake posting a photo his daughter playing with a Capuchin monkey… and now a bunch social media narcs have Breezy facing 6 months in jail.

Brown posted a photo his daughter Royalty playing with the monkey named Fiji, and he made it clear that Fiji was her new pet. The internet lost it, saying that the monkey was a danger to Brown’s daughter. A few people reported Brown to the California Department Fish and Wildlife, who realized that Brown didn’t have the proper permits to own the monkey.

The authorities got a warrant, but Brown turned the monkey over before they could come knocking. Still, the singer could be charged with “having a restricted species without a permit.” The case has been turned over to the Los Angeles City Attorney.

“As I leave my fice in Downtown L.A. and walk past people sleeping on the street on my way to defend people charged by the City Attorney with selling medical marijuana … now spending taxpayer money on investigating monkey business, this completes the circle on his absurdity,” he said.