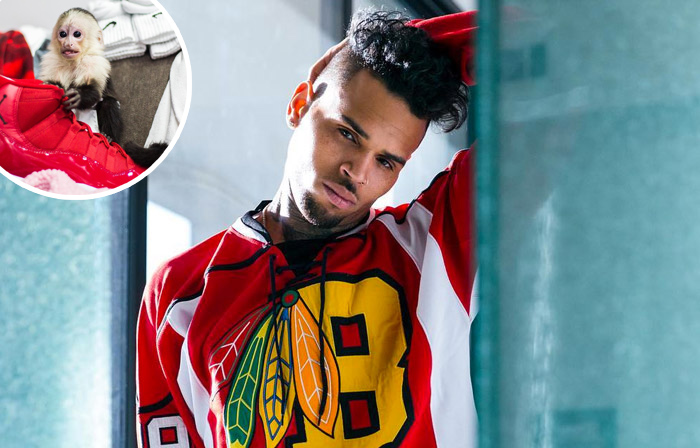 Chris Brown could be prosecuted over a monkey that he purchased for his 3-year-old daughter Royalty.

According to TMZ, the R&B crooner could face criminal charges and jail time for hosting a restricted species without a permit, a misdemeanor which carries a maximum six months in jail.

Breezy shared a video the pet monkey, named Fiji, on social media, prompting negative feedback from animal rights activists and members the Instagram community. “Monkeys belong to the wild,” said one person in the comments. “this is insane! When your daughter gets bored this monkey what will happen ? Nobody should buy exotic animals! This is horrible.”

Several people apparently informed the California Dept. Fish and Wildlife, which then launched an investigation. Authorities obtained a search warrant for Brown’s home after finding that the Heartbreak on a Full Moon star did not have the proper permit for the monkey, but he voluntarily turned Fiji in before his house was raided. Now, the case has been handed over the Los Angeles City Attorney.

Brown’s attorney Mark Geragos addressed the situation. “As I leave my fice in Downtown L.A. and walk past people sleeping on the street on my way to defend people charged by the City Attorney with selling medical marijuana,” he said. “Now spending taxpayer money on investigating monkey business, this completes the circle on his absurdity.”