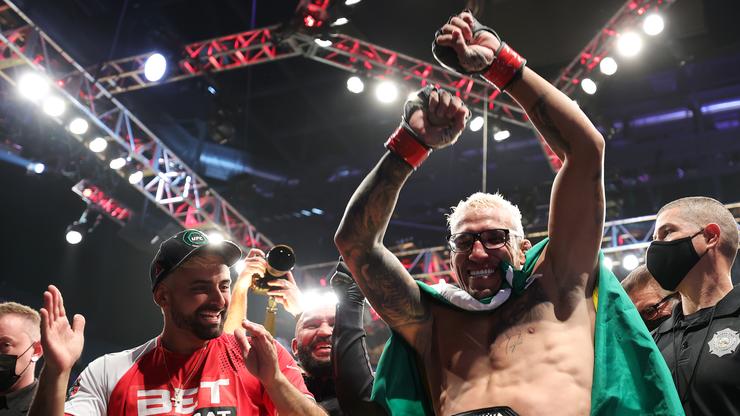 Charles Oliveira defeated Dustin Poirier during UFC 269 at T-Mobile Arena in Las Vegas, NV, Saturday night, via submission, retaining the UFC lightweight title. Oliveria was able to secure the win at 1 minute, 2 seconds of the third round with a rear-naked choke.

Poirier admitted that he was heartbroken after the loss: “It sucks. Worked hard to get back here to fight for another world title. Got choked out again. I’m just heartbroken really.”

The MMA world on Twitter had quite a bit to say about the exciting night.

Daniel Cormier remarked that it is time to finally give Oliveira the credit he deserves: “Can we please stop talking about @CharlesDoBronxs being a quitter now? He has proven he won’t bail anymore. Congratulations champion.”

“My congratulations Champ, you deserve this,” wrote Khabib Nurmagomedov.

Conor McGregor and Nate Diaz traded shots on Twitter after the fight when Diaz brought up McGregor’s recent back-to-back losses to Poirier.