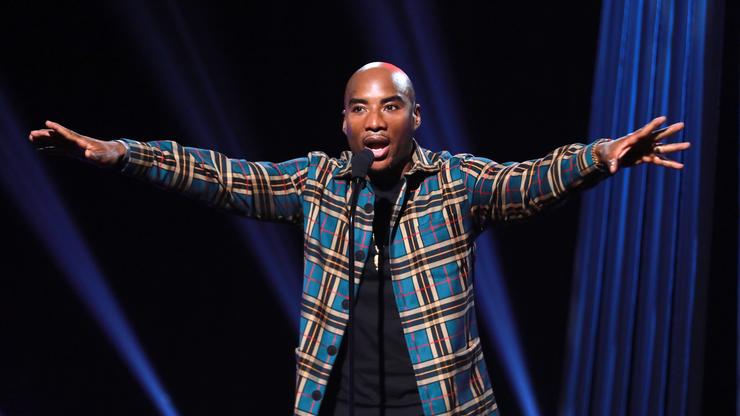 He welcomes her with open arms.

Honestly, just get Nicki Minaj on The Breakfast Club already so she can air out her grievances face-to-face with the morning crew. Earlier this week, Nicki decided to bite back at certain individuals who she described as saboteurs. She had a heated exchange with Joe Budden, one her targets, on Queen Radio, accusing him spreading lies about her. During their conversation, she also mentioned The Breakfast Club‘s Charlamagne Tha God campaigned a “hate train” against her, as well.

Charlamagne later went on air and said nice things about Nicki and maintained that he had nothing but love for her, but she didn’t believe a word. Nicki later tweeted, “Charlemagne get so excited when he thinks some1 bout to say smthn negative about me. That tail get to wagging, that lil p*ssy get to poppin, he get to giggling 😂They banned me from the show but always talkn bout me. I’m pullin up cuz we in NY soon. I’d rather be invited tho js.”

In a statement to Page Six, Charlamagne was adamant that Nicki has never been barred from his radio show. “There was never a problem with her,” he said. “We never banned her from the radio station. There is not a consequence to what she has said now, or in the past. I don’t know why she is saying that.” He also mentioned that the current animosity with Nicki is strange because “we text each other” and “talk on the phone.” Charlamagne added, “I would be happy and welcome her to come on the show” and noted, “rappers are going to be rappers.”