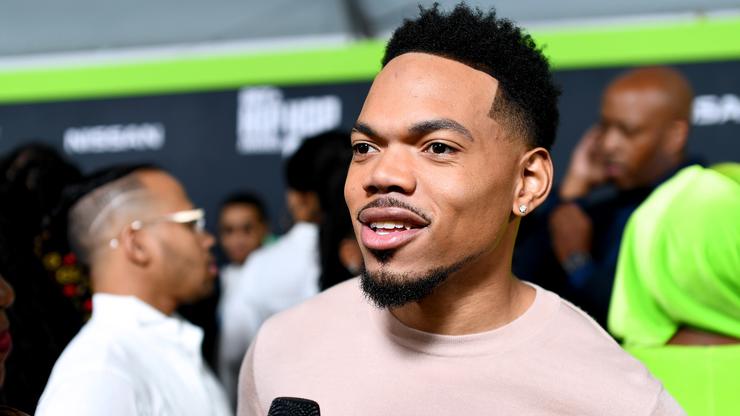 Chicago star Chance the Rapper is having one the biggest years his career. On top the release his ficial debut album, the recording artist has been celebrating his personal level-up, including his marriage and the birth his daughter. Chano and his wife are expecting a second child, getting ready to grow their family by one more later this year. Chano was the latest guest on James Corden’s popular video segment Carpool Karaoke, where he got insanely hyped to his own songs, singing along with the comedian and telling some playful anecdotes about his relationships with Jay-Z, Barack Obama and Kanye West.

Noting that he has a direct line to Yeezy, he never knows where their plans will take them. There have been times where he’s getting ready to hit a party with Ye but, minutes before they’re set to leave, West will remember he needs to dip to Milan and charter a jet for the both them. The young man from 79th isn’t lucky enough to have that kind relationship with Jay-Z and Barack Obama, two his other friends, but he does admit that they’re pretty similar in one way.

“I don’t have a number for him but I have a number for him,” says Chano about his relationship with the former President. “I have a person I could call that will say ‘OK, I will have him call you.’ It’s the same with Jay-Z. Jay-Z and Barack Obama are very, very similar. Both them have an assistant that you have to call and then you get a call from a private number that’s either Jay-Z or Barack Obama on the phone. I never know which one is calling when I get that callback.”

Watch the full video below, which includes all that and a blindfolded vegetable taste test.