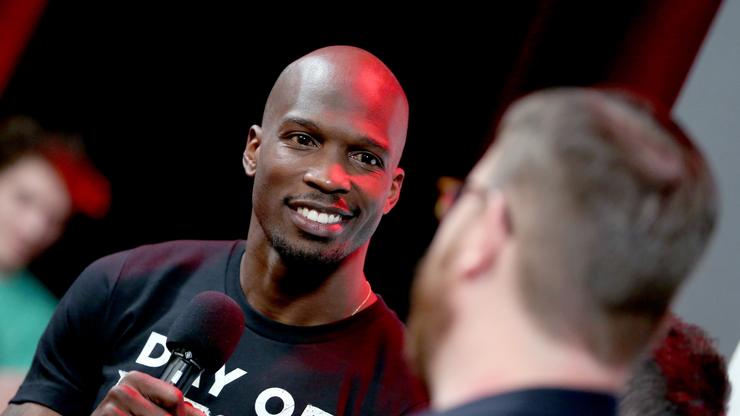 Folks are out here hustling these celebs.

Another day, another person reaching out on social media asking a celebrity for financial help. We previously reported on the woman who got swerved by Maybach Music after she reached out to them, and their artists, hoping that they’d help pay f her $42K college loan debt. Now, a young lady tried shooting her money shot on Twitter by asking Chad Ochocinco for help because she’s pregnant and needs some time f.

“@ochocinco I’m 6 months pregnant and tired working,” she wrote. “I see what you for others, please bless me.” The woman was excited when Chad replied, but maybe not so much when she read his reaction. “Sis let me fight your BD for putting us both in this predicament,” he said. She told him that she gives him permission to fight the father her child, but asked him not to rough him up too much because he still needs to be in their child’s life.

It was assumed that the woman, Julie, was somehow with a deadbeat and that’s why she was working while six months pregnant, but that doesn’t seem to be the case. A quick scroll through her timeline shows that just days ago she was praising her husband for bringing her breakfast in bed. Apparently, she just wanted the former NFL star to throw a little money her way, and when other Twitter users found out, they didn’t hesitate to let her know what they thought her request. She finally deleted her tweet, but the thread responses still lives on. Check out a few funny replies below.