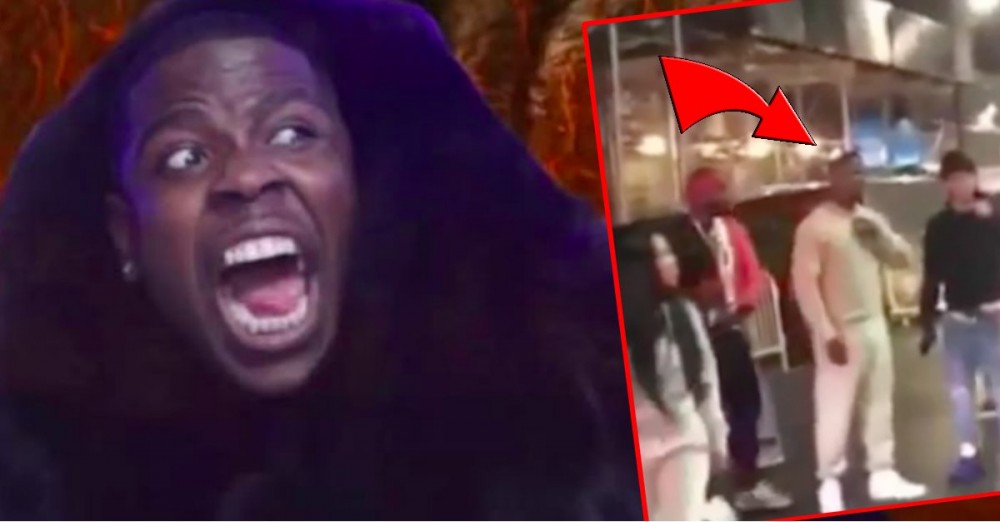 Casanova has built his whole persona around full-on knuckleheadery. He frequently talks online about “going ape” on people, which carries over into his barking, slowed-down Busta Rhymes tracks. So, when someone allegedly attempted to rob him recently, the spotlight was on the Brooklyn rapper. And he failed to disappoint.

Casanova squared up with a stranger in a fan-shot video. Vlad TV is reporting that the people he was facing down were members the crew one Tekashi 69 (aka 6ix9ine). Casanova wasn’t one to back down though, as the video shows. Luckily, it doesn’t look like a fight ever happened.

Casanova’s selling point is exactly the sort thing that’s shown in this video. Namely, he sounds like he’s ready to fight over just about anything in brash tracks like “Set Trippin.”

“Before any money was put behind it, before people even knew who I was, they knew my song. The void I’m filling in hip-hop is just the realness; the rawness. Nobody is me right now in this generation,” he said in a recent interview with XXL.