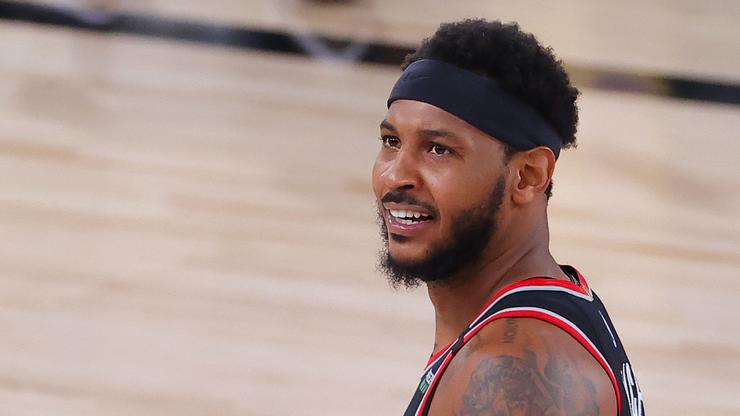 Carmelo Anthony is coming off of a massive comeback season.

Around this time last year, not many fans knew what would happen to Carmelo Anthony. Some felt as though he was being blackballed by the NBA while others just thought he simply wasn’t good enough to play in this current era. Eventually, all of these sentiments were proven to be wrong as he signed a one-year deal with the likes of the Portland Trail Blazers. The veteran scorer had an immediate impact with the Trail Blazers and was a big reason why they were able to come back and make the playoffs upon entering the bubble.

Now, Anthony’s status is up in the air heading into next season, although he seems determined to keep playing. While speaking to TMZ over the weekend, Melo confirmed that he would love to come back to the Portland Trail Blazers and that there is no doubt in his mind that the relationship will continue to progress.

Players like Damian Lillard and CJ McCollum had been trying to keep Melo with the team for years, so it only makes sense that they would advocate to keep him, especially after the great season he just had.

With the NBA offseason taking place in about a month from now, we will soon get a better sense of what Melo’s next steps will be.