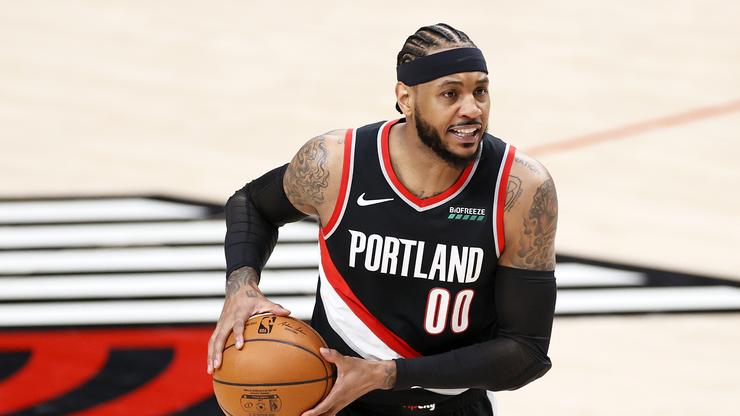 This month has been monumental for the Lakers franchise as they gear up for a more successful and consequential race to the finals next season. Russell Westbrook and Dwight Howard are only a few of the seasoned powerhouses of the NBA that have signed on with LeBron and the Lakers team. A more unexpected addition came just last week with the announcement that Carmelo Anthony, the 37-year-old long time friend of Lebron’s and former Portland Trailblazer, would be seeking his first trip to the NBA Finals ever with the Los Angeles team.

In his first presser as part of the franchiser, Anthony discussed how LeBron pitched the team to him and expressed his excitement over the new opportunity.

“Bron just came to me one time and said, ‘Yo, the time is now. I want you. We got to make this happen,'” Anthony told reporters about the recruitment process. Bron and Anthony have been friends throughout their respective stints in the NBA, though this marks their first time playing on the same team. As far as his interest in playing for the team, Anthony had this to say: “I just felt like for right now, this is the best time. Most people would say we should’ve gotten together years ago early in our careers, but we were in two different lanes, we were on two different paths. And everything comes full circle, I’ll say.”

The 37-year-old freshman Laker maintains that he has tunnel vision as he enters the team. “I’m coming in with a championship on my mind… This is the one thing that it keeps me up at night, it motivates me, because I don’t have it. I want that experience.” While some cast doubt on the team for the sheer amount of players currently in their 30s, Anthony didn’t seem worried– “We don’t care. We make our own narrative.”

Are you excited to see Melo play for LA? Check out the presser below.