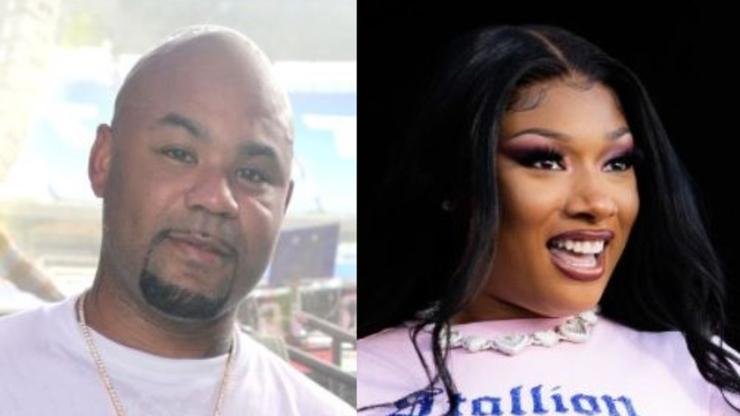 The 1501 Certified Entertainment CEO is currently battling it out in court with Megan, and he spoke about “hopefully” reaching a resolution soon.

The ongoing legal dispute involving Megan Thee Stallion and her label, 1501 Certified Entertainment, may be coming to an end. There have been rumors that this battle has been inching toward a resolution for months, but alas, Megan and Carl Crawford can’t seem to see eye to eye just yet. J. Prince previously spoke about the issue stating that it looked as if a conclusion was on the horizon, and it is a sentiment that Crawford recently echoed during his interview with Bally Sports.

Things seemed to have taken a turn in Megan and Crawford’s relationship once she brought on Roc Nation to act as her management. Crawford would go on to state that he wasn’t aware of the deal until it happened, and since that time, there has been reported tension between 1501 and the Houston rapper.

Reports have stated that 1501 was attempting to keep Megan from releasing new music, causing both parties to petition the courts. Crawford now tells Bally Sports that he’s not sure what caused their relationship to go south, but he hopes their legal troubles will end soon.

“All of it is cool, you know what I’m sayin’, but it would have been cooler if we was all like, getting along still,” he said. “Like really…things just, you know, always went left and we still don’t have a real reason why things went left. Everything is cool with her. I still wish her the best and we just gon’ keep pushing our thing at 1501.”

He was then asked if he sees there being “any type of resolution,” Crawford answered, “Hopefully, we still in court right now.” Check it out below.