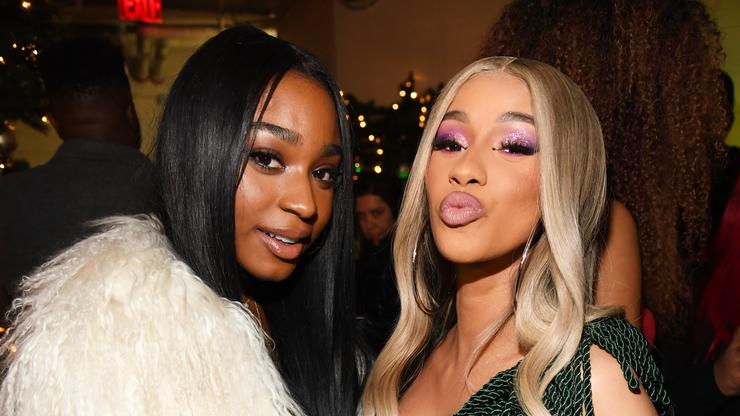 Normani’s reportedly made Cardi B redo her verse so that it could be even raunchier.

This Friday, Normani and Cardi B have teamed up to release “Wild Side,” a risqué Aaliyah-sampling single that has arrived alongside a steamy and choreography-filled music video. Since its release, fans of both artists have been eating up the new song, with many people praising its dazzling visuals as well as its sultry lyrical content.

According to Cardi B, however, her initial contribution to Normani’s newly released single wasn’t nearly as nasty as the former Fifth Harmony singer was hoping it would be. Prior to showering her new collaborator with love on Instagram, Cardi B took to Twitter to soak in all of her fans’ reactions to “Wild Side,” and one fan’s commentary in particular caught her eye.

“@iamcardib is nasty nasty,” Twitter user @theekingofny stated. “That’s why it makes sense to have her in that bitch #WildSide #WildForNormani and @Normani is just different.”

Upon seeing that tweet, Cardi B quoted it and shared a comical and surprising anecdote about her contribution to the single. Along with a GIF of a devious-looking Wendy Williams, Cardi wrote, “Sooo like I did a verse and Normani team said they wanted nastier sooo I was like alright …. your wish is my command.”

Are you surprised to learn that Normani wanted the nastiest Cardi possible for her lead single from her forthcoming debut solo album? If you haven’t heard it yet, check out the music video for Normani’s Cardi B-assisted “Wild Side” below.