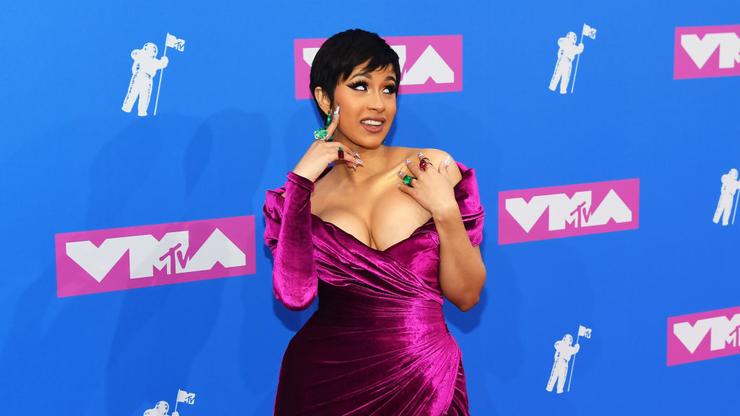 Cardi B hits back after a troll comments on the size of her areolas.

After Cardi B accidentally uploaded a topless picture of herself to Instagram Stories, which she later explained was meant to show Offset a bruise on her lip, she was met with plenty of body-shaming comments about her breasts.

The rapper became a top trend on social media, with memes and jokes flying about the size of her areolas from immature men who clearly have never seen a woman’s body before. After the initial onslaught of jokes, Cardi’s supporters started to defend her, speaking up prior to her voice note explaining what happened.

Still, Cardi is being met with disrespectful comments, one of which she decided to respond to with a dig.

“Why yo areolas so big,” asked one man in the comments to one of her pictures.

Cardi hit back with the perfect response, saying: “Cause I breastfeed a baby for 3 months titties got bigger so nipples got bigger. It’s ok let me know if your daddy wanna get breastfed.”

No matter how famous she gets, Cardi B is always ready with a good clapback. You’ve got to respect that.

It seems body-shaming was one of the themes of the day yesterday as Billie Eilish also faced the wrath of the internet after a paparazzi-taken photo showed her without her usual baggy clothing, which sparked a similarly disrespectful response from some fans.

Hopefully, this ends the body-shaming comments.