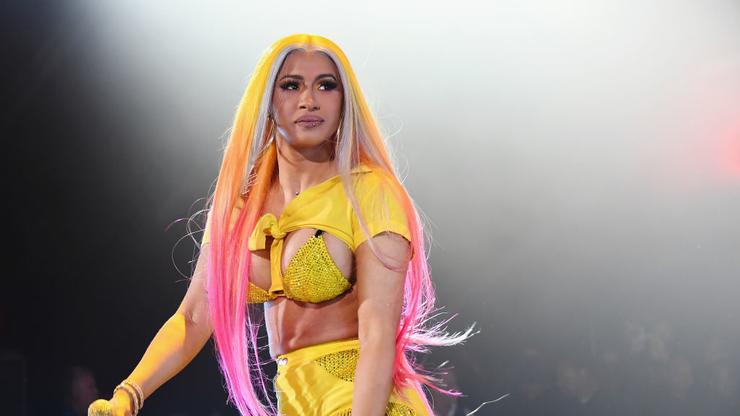 Cardi B accidentally leaked her nude images on Instagram, addressing the mishap in a new voice message.

Cardi B was trending this afternoon and it wasn’t because of the collaboration she’s been teasing, or because of her likely reconciliation with Offset.

It was because people were commenting on nude pictures that she accidentally uploaded to her Instagram Stories.

The world-famous rapper suffered a nude image leak and, as people react online, Cardi B has swiftly taken the picture down and is responding to the mess.

She uploaded a new voice note to Twitter, explaining how she feels right now.

“Lord, why the fuck did you have to make me so fucking stupid and retarded,” asked Cardi. “Why, why, why. You know what? I’m not even gonna beat myself up about it. I’m just gonna eat my breakfast and then I’m gonna go to a party. Because I’m not even gonna think about it. I am not going to think about it, okay? Nope. No, I’m not. I won’t, it is what it is, shit happens. Fuck it, it’s not even the first time [this happens]. I used to fucking be a stripper so whatever.”

You can hear how hard Cardi is being on herself for accidentally uploading the image in question to social media, sighing loudly to begin and end the voice memo. People are getting at the star for using the r-word, which was inconsiderate, but you’ve got to feel for her right now. Especially with tons of people body-shaming her over the picture.