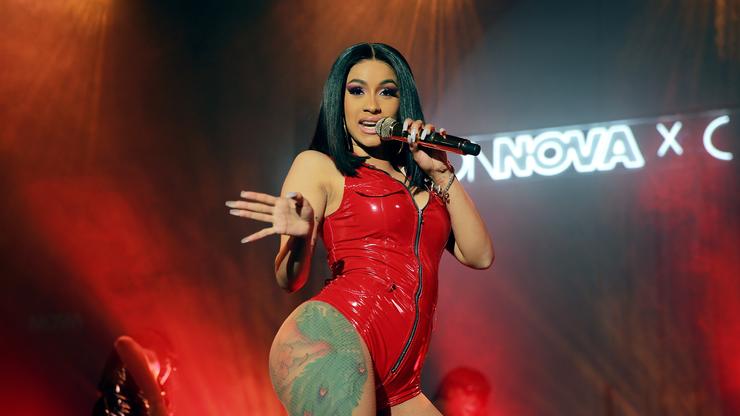 Cardi B expresses relief after Biden’s big win because she says prominent Trump supporters were encouraging people to burn down her house.

It’s a big win for plenty of people but Cardi B is especially excited over the news of Biden’s win. Over the past few years since she became a household name, she’s openly criticized Donald Trump and his supporters. Just a few months ago, Cardi revealed that her sister and her sister’s girlfriend were harassed by Trump supporters at the beach.

Though Cardi B prematurely expressed her excitement last night, she took to Instagram to finally celebrate Biden’s win. It was personal for Cardi B who has constantly faced a backlash from right-wing pundits about her political views. And while many have downplayed her intelligence, people like Joe Biden, Kamala Harris, and Bernie Sanders have embraced her with open arms.

“You know why God put Joe Biden in place? Because Trump supporters were getting out of line. And as much as I wanna tell you to suck my dick, I’m going to retract that and take that back but let me tell y’all something. Y’all been putting me through shit for so — for a hot minute. Ever since I started talking, to just say, Bernie.”

Cardi specifically took aim at the Trump supporters with blue checkmarks for attempting to threaten her, bully her sister, and most recently, vandalizing Offset‘s car.

“It got to the point that a Trump supporter with so many followers were trying to send people to burn down my mothafuckin’ house to loot my house. Like, y’all got out of control. This power that y’all was having, it just got out of control,” she continued. “I’m ready for a change. And don’t be acting all scared and everything. You’re acting like Joe Biden’s going to kick you out this fuckin’ country. Y’all still an American at the end of the day. He still care for you.”

Biden’s win has sparked excitement all across the world. Check out what hip-hop had to say about Biden’s historical victory.