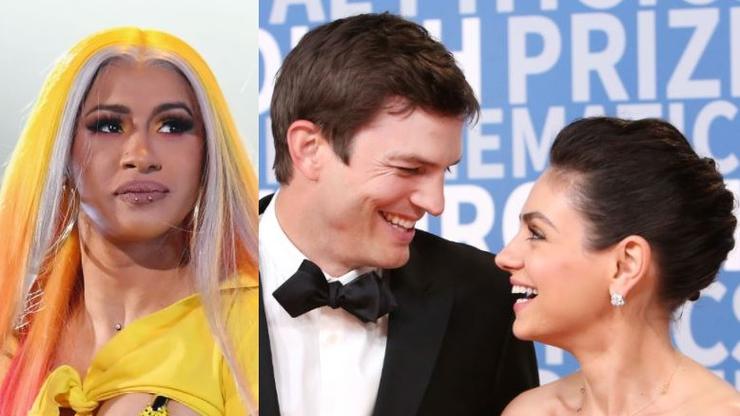 Kutcher and Kunis caught heat for revealing that their family doesn’t bathe with soap daily.

The new wave among entertainers is to apparently share their bathing habits. We’ve heard quite a bit about how famous people shower within the last few weeks, and fans aren’t sure what to make of the news. It was kicked off by Ashton Kutcher and his equally famous wife Mila Kunis who shared that they don’t bathe with soap daily, nor do they bathe their children that often, either. They spoke with friends Dax Shephard and Kristen Bell about their parenting style, and their actor friends not only agreed, but they also revealed their family only bathe when they smell bad or feel dirty.

Next came Jake Gyllenhall who also surprised the masses when he made similar comments, and this week, Ice-T’s wife Coco Austin shared that she, too, doesn’t wash her full body on a daily basis.

As debates regarding whether or not one should shower daily have taken over social media, Cardi B jumped into the discussion as a confused bystander. “Wassup with people saying they don’t shower ? [face with raised eyebrow emoji] It’s giving itchy,” she wrote. Her comments came just ahead of Kutcher and Kunis poking fun at themselves while trolling critics who were outraged to hear about their family’s bathing practices.

In an Instagram post, the couple is in their bathroom as Kutcher says, “You’re putting water on the children? Are you trying to melt them?” He continued to joke, “Are you trying to injure them with water? This is ridiculous! What’s going on?” Kunis laughs as she answers, “We’re bathing our children.” Kutcher jibes, “That’s like the fourth time this week!”

Check out the couple’s video as well as tweets from Cardi B below.