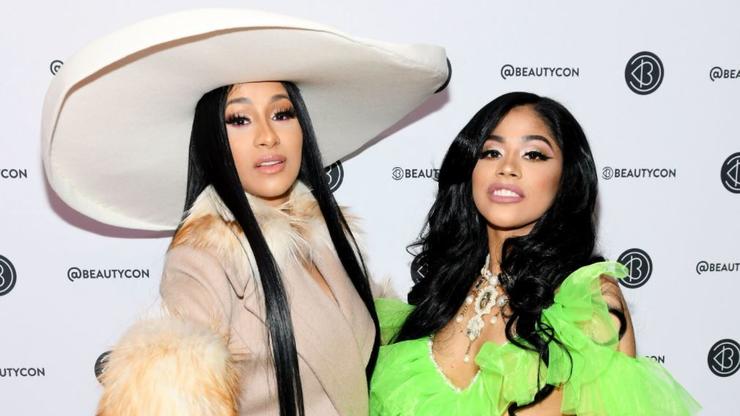 The sisters were sued by Trump supporters after being labeled “racist” and later, Cardi requested for the lawsuit to be dismissed.

She just welcomed her second child into the world, but Cardi B is facing a series of legal battles. The rapper and her Migos husband Offset are enjoying those first days with their newborn, however, Cardi is still awaiting her fate in the assault case out of New York. Additionally, the “Up” artist continues to battle it out, legally of course, with that group of Trump supporters who she argued with back in September 2020.

It was back in the Fall when the trio had a run-in with Hennessy while in the Hamptons. The three accusers claim that they were just enjoying themselves at the beach when Hennessy approached and shouted at them. One of them was wearing a MAGA hat and in a video that went viral, the group was called “racist MAGA supporters.“

Cardi wasn’t actually present for the encounter but Hennessy sent Cardi the clip of the incident and the rapper tweeted it to her millions of social media followers. The group has filed recent documents asking for the court to toss out Cardi’s request to dismiss the suit.

Radar Online reports, “To make matters worse, they claim the video Cardi posted was edited to make them look racist. Hennessy denied the claims saying they told her to go back to her country. She accused them of targeting her because they heard her speaking Spanish.” Cardi and her team asked the court to dismiss the lawsuit because their comments should not be seen as defamatory if they are stating their opinions. The group disagreed.

They also mentioned Cardi’s “extreme social behaviors, and words, in videos on the internet.” Check out the video of the incident below.