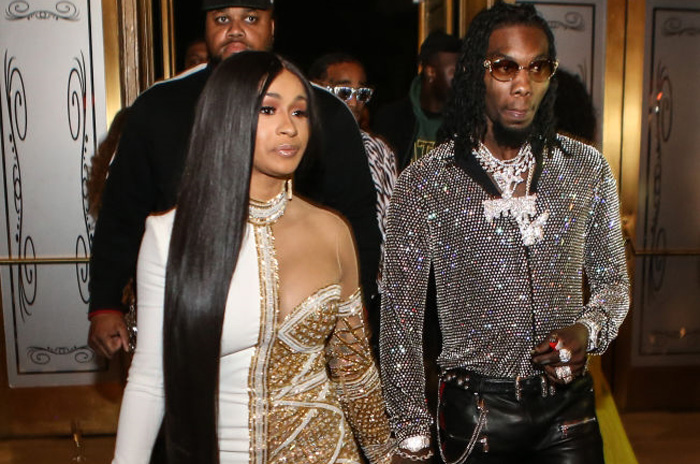 In the wake controversy over the Migos rapper’s use a gay slur, Bardi took to Periscope to support her fiancé.

“I’m not gonna let somebody call him homophobic when I know that he’s not,” she said. “I’m saying this because I seen him around gays and he treats them with the same respect he treats everybody. He never acts uncomfortable and he just don’t care.”

Offset denied homophobia in his own response to the allegations, saying that he was referring to the dictionary definition “queer,” which he believed to mean “odd.” Cardi supported that reasoning in her video, saying that she’s never heard the word before.

“It has a different vocabulary on the dictionary,” she explained. “Now, if that’s a word that you guys said that it’s a bad word for gays, I never even heard that word in the first place. Why don’t y’all educate people about it? A lot people are not aware about what’s wrong or right in the LGBT community. Why don’t we do things to educate instead bashing and trying to label somebody that they not?”

Bardi, who said she is opposed to homophobia, went on to say that she also received criticism for using the word “tranny.” “Nobody taught us that in our school,” she said. “They never taught me that. How am I supposed to know?”

Bacardi is now prepping to perform “Finesse” with Bruno Mars at the Grammys. Soon, she will also appear on Jennifer Lopez’s forthcoming “Quiero Dinero,” which she recently previewed at Calibash. “This is a Bronx girl dream,” Cardi said the collaboration. “I just can’t believe I.T.”