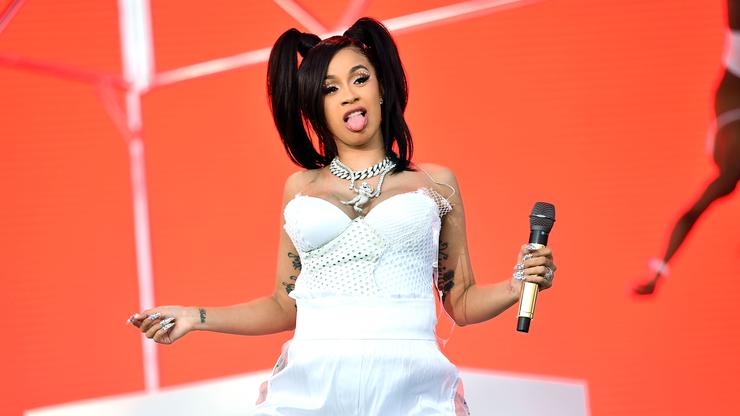 Cardi B is about ready to exorcise the ghosts.

Not unlike an actual ghost, a reputation for using ghostwriters can haunt a rapper with a frightening degree efficacy. We’ve long seen Champagne Papi plagued by his own set demons, and Cardi B has also been accused taking a backseat during the writing process. Though Drake has largely weathered the storm, many have been quick to use Cardi’s “borrowed” lyricism as a means tearing her down, refusing to acknowledge the possibility she may actually be nice with the pen. As it happens, Cardi took to Twitter to vocalize her displeasure with the narrative, sounding f in retaliation to the mounting claims.

“I do write a lot my shit that’s the thing,” writes Cardi, in a statement from a few days back. “Yes just like every other artist I do have a couple writer that help with hooks but I wrote plenty songs on my album specially my mixtape .Ya just flip shit and ya want to believe the fuck shit so bad but EAT IT UP BITCH!” Clearly, she’s been nursing this one for a minute, and hopes this statement sorts can sway the skeptics in her favor. After all, when Cardi first started buzzing, she was making noise as a “street rapper” sorts, as seen on pre-stardom singles like “Red Barz.”

Do you think Cardi should get more respect for her pen? Or have you already made up your mind, insar as her writing prowess is concerned?