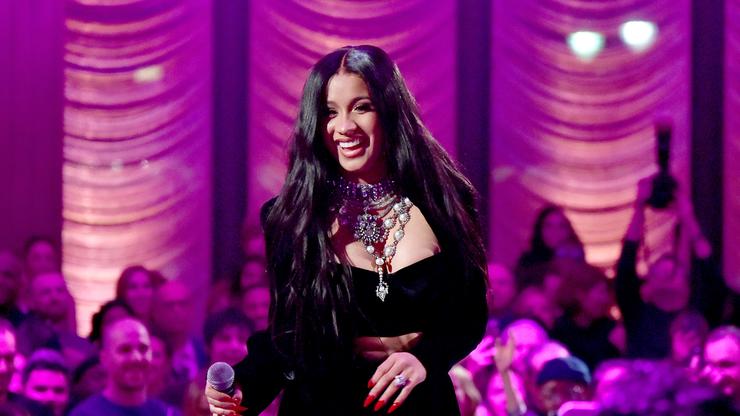 Not everyone was thrilled about Cardi’s political aspirations.

Cardi B was involved in a war words on Tuesday in the early morning hours. The rapper has regularly spoken openly about political topics and even interviewed Bernie Sanders last year, so it didn’t come as a surprise that she vocalized an interest in joining the political arena. “I do feel like if I go back to school and focus up I can be part Congress,” the Invasion Privacy rapper tweeted. “I deadass have sooo much ideas that make sense.I just need a couple years school and I can shake the table.” There were plenty people who responded to Cardi’s political aspirations, but one woman, an actress and Trump supporter named Mindy Robinson took the time to correct her grammar.

Robinson took a screenshot Cardi’s tweet and let her red pen fly. She changed Cardi’s message to read: “I felt like if I went back to school and really focused I could get voted into Congress. I have so many ideas that make sense. I just need a couple years school and I can shake the table.” Robinson added that she doubts Cardi has any sensable ideas and told her she needs more than just a couple years back in school.

The Trump support’s tweet went viral and it didn’t take long for Cardi to see her amended words—and she was less than thrilled. “Let me tell you something cause every time I post anything political I get attack all type crazy .If you are a conservative & if you support a opposite party that’s OK( unless you racist)we can get into friendly debates on here voice your opinion…” The rapper added, “And I’ll voice mines HOWEVER don’t try me and don’t take my kindness for weakness.I BE VIOLATING!!! I don’t really like being on that type time.We grown ! Let’s be grown .Lets teach and learn.”

She wasn’t backing down, so Robinson took another verbal shot at Cardi. “I went to college for both American History and Political Science, although to be fair...even my cat is more qualified to run for Congress than Cardi B. 👌🏻,” she tweeted. Cardi took another jab as well by insulting Robinson’s looks. Check out their exchange below.