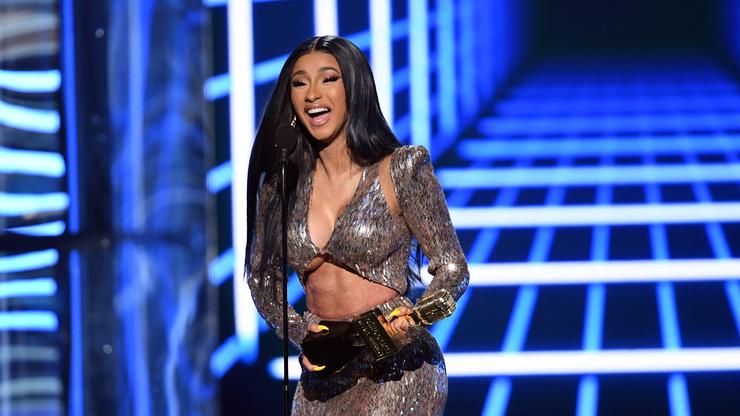 She’s been hyping this song for a while and will finally drop it this week.

She’s been promising fans that she has new music on the way, and on Monday evening Cardi B announced that her single “Press” is arriving this week. Cardi supporters have been playing her DJ Khaled and 21 SavageFather Asahd collaboration “Wish Wish” on repeat, but now the Invasion Privacy rapper is ready to release some tunes her own. Back in December, Cardi teased a snippet her new track after she shared a video clip herself rapping “Press” while in the studio. Fans were ready for the single to drop, but apparently, her team decided to go with “Money” instead.

Recently, a fan left her a comment, wanting to know where “Press” disappeared f to. “What happened to u dropping ‘press press press press press cardi do need more press,'” the user wrote. The rapper replied, “It shall drop soon😈” It looks like “soon” is just a few days away because “Press,” along with its ficial artwork, will hit the streets on Friday, May 31.

She made the announcement on Instagram by sharing a photo herself dressed in her finest while snarling at the camera. She’s also handcuffed in what looks to be a courtroom, so this may be the setup for the single’s forthcoming music video. Are you ready to hear Cardi’s next single?