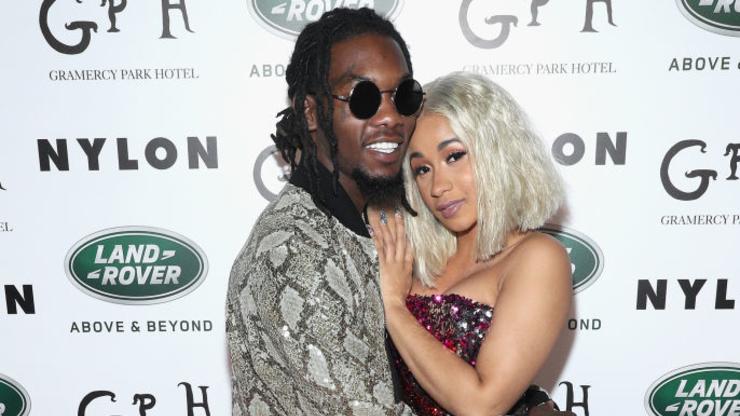 Cardi B doesn’t believe she’s in a mentally abusive relationship after going back to Offset once again.

Cardi B lives her life as though it’s an open book. Everybody is allowed to read and pass judgment, and she’s happy to keep the chapters going, but she won’t always guarantee a happy ending for her followers.

This month, the Bronx native has been in the headlines because of her pending divorce to Offset. It looked as though they were finally moving on but, days prior to her twenty-eighth birthday, Offset started unloading a barrage of lavish gifts for his estranged wife. The material possessions seemingly won her over, as she confirmed that she took back the Migos rapper.

At this point, fans cannot count how many times the couple has broken up and gotten back together. Some members of the Bardi Gang are even warning Cardi B that she may be a victim of “mental abuse”, arguing that her marriage to Offset is toxic and that she’s not seeing the red flags.

She had a word for anybody who thinks that, hopping on Twitter with a series of videos and posts last night.

“I just don’t understand is like they want me to stay single and f*ck on their father ….sh*t is crazy,” wrote Cardi in response to a fan asking why people are so upset about the rapper reconciling with Set. “I deserve w.e I want to HAVE!”

In addition to her tweets about the situation, she also addressed those saying that she may be a victim of abuse, clapping back.

“Twitter users be like, ‘Cardi, you’re in a mentally abusive relationship, oh my gosh, we gotta save you!’ And I be like, alright, well, can I f*ck him today because I need to have sex and n***as in my DMs talking about, ‘what up bighead,’ I don’t like that. I’m 28-years-old. And my head’s not big. Actually, it is but not with a lace-front.”

Do you think Cardi B is missing the signs?