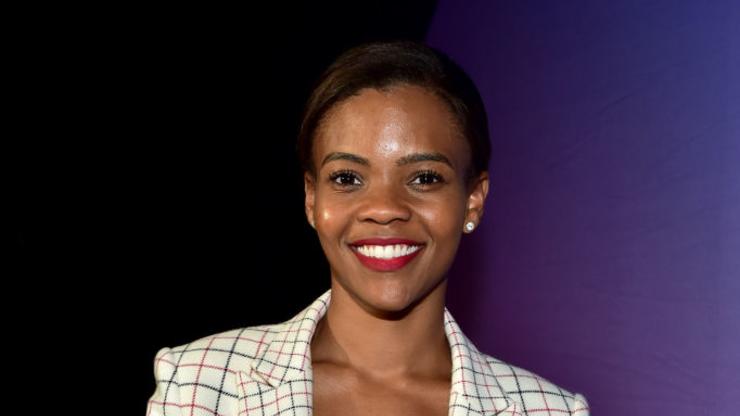 Candace Owens reacted to Harry Styles wearing a dress on the cover of Vogue by saying: “Bring back manly men.”

Candace Owens is unapologetic after her comments about Harry Styles went viral this week.

The political commentator, who is known for getting on the nerves of people like Cardi B, N.O.R.E., Charlamagne Tha God, and more, recently ruffled feathers when she delivered her take on Harry Styles’ Vogue cover, where he wears several dresses.

“There is no society that can survive without strong men,” said the Republican voter and Trump supporter. “The East knows this. In the west, the steady feminization of our men at the same time that Marxism is being taught to our children is not a coincidence. It is an outright attack. Bring back manly men.”

There was a massive uproar stemming from her statement, especially from fans of the former One Direction frontman, who went on the defensive on Twitter. She began trending on the platform and, to this moment, she still is.

She took some time to address the reaction to her comments, saying:

“Since I’m trending I’d like to clarify what I meant when I said ‘bring back manly men’. I meant: Bring back manly men,” she said. “Terms like ‘toxic masculinity’, were created by toxic females. Real women don’t do fake feminism. Sorry I’m not sorry.”

She also responded to somebody schooling Owens by saying that men in entertainment have been wearing dresses for decades, showing photos of Iggy Pop, David Bowie, and Kurt Cobain in women’s clothing.

“PSA: Mining pictures on the internet of men in dresses is not going to suddenly make me attracted to men in dresses,” she said. “I’m impervious to woke culture. Showing me 50 examples of something won’t make it any less stupid. #BringBackManlyMen.”

See what people are saying below.