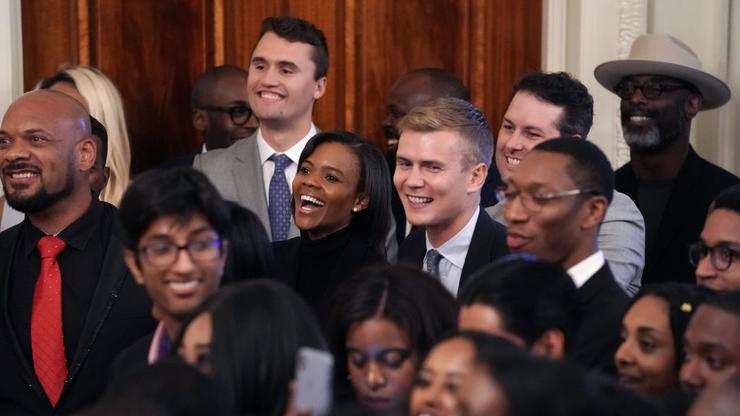 Candace Owens seemingly tweeted-and-deleted a meme about her husband cheating on her with her brother.

In the aftermath of Candace Owens’ comments about Harry Styles wearing a dress for the cover of Vogue, the backlash can be divided into three sections. There are those defending Harry Styles, and there are those agreeing with Owens. Then, there’s a whole other group of people spreading a conspiracy theory about the political commentator’s family.

It’s unclear how this theory started picking up steam but, for some reason, the internet is convinced that Candace Owens’ husband, George Farmer, had sex with Owens’ own brother.

According to Twitter, Owens caught her husband having sex with her brother and asked if she could join before being told no.

The theory is pretty wild and, obviously, it’s scandalous as ever. The likelihood of this being true is very slim but Candace Owens seemingly has no issue with people believing it, tweeting out the joke herself.

“Yes, my husband did cheat on me with my brother,” she allegedly tweeted in a deleted post. “Yes, he said no when I asked to join them.”

The tweet is going viral with a screenshot going around. People are spitting out their coffee as they read it, unsure about whether or not it was doctored.

For the last few days, the public has been coming after Owens for her comments about Harry Styles and “manly men”. After this, she’s bound to be trending again for a few extra minutes.