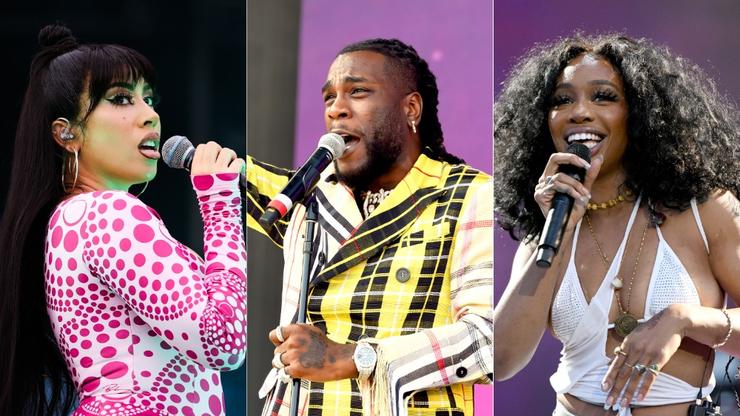 It’s been a glorious week for new releases. While artists like Meek Mill and Lil Wayne have unveiled new projects, some of R&B’s finest have graced us with some new vibes to ride out to this fall. As usual, we highlight the best of the best for our weekly R&B Season playlist. Here’s your breakdown for this week’s update:

First up, we got a new single from Burna Boy. The Nigerian star is still riding high off of the release of Twice As Tall and continues to extend his talents to other genres outside of afrobeats. This time, he linked up with Chicago’s Polo G for their new banger, “Want It All.”

Kali Uchis also came through with a massive hit alongside SZA titled, “fue mejor” to cap off the month of September. The fiery new single from the two singers was unexpected but certainly a delightful surprise. Hopefully, we hear more from SZA and Kali Uchis in the future.

JoJo cemented herself as a voice of R&B in the 2000s but her recent “comeback,” if you will, has found her bringing some incredible tracks into the fold. Now, she slid through with her latest offering titled, “Anxiety (Burlinda’s Theme)” off of her latest project, trying not to think about it.

Other inclusions on this week’s playlist are Mahalia & AJ Tracey’s new collab, the latest from Amaal, and RINI”s new collab with Wale.

Check out the latest R&B Season playlist update below.