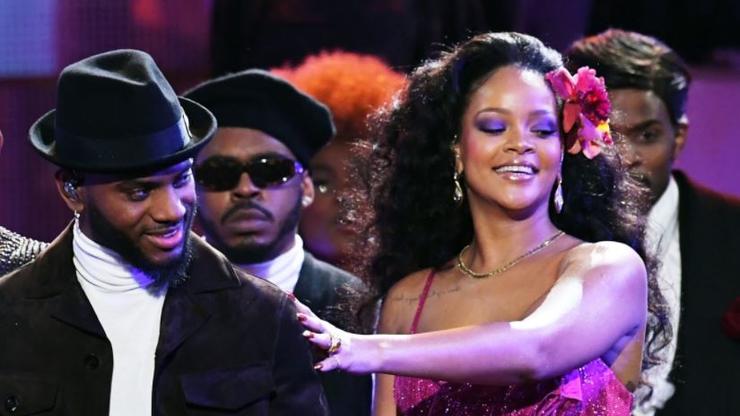 The singers previously collaborated on “Wild Thoughts” with DJ Khaled.

Who knows when we’ll receive Rihanna’s next project, but fans have been doing their best at forcing the singer’s hand. Rihanna is an entertainment mogul who wears many hats as a performer, brand owner, cosmetics leader, and now skincare icon. As the world awaits more news about Rihanna’s forthcoming project, her “Wild Thoughts” collaborator Bryson Tiller chatted with Power 106 about the potentiality of working with the pop singer in the future.

After speaking about the deluxe version of T R A P S O U L and his “gift for the fans” record Anniversary, the radio hosts attempted to slyly get information about RiRi’s next project. Toward the end of the interview, they asked Bryson Tiller what it was like working with Rihanna on her new album, even though there were no reports that he was featured on the record.

Tiller looked confused for a moment and then caught on. “Oh, you trying to get in some [trouble],” the singer said with a smile. “I would love to be apart of Rihanna’s new album. Just putting that out there.” The hosts allowed him to make a personal request to the Savage x Fenty mogul. “Rihanna, I’m trying to do some music ASAP, man. The world needs it.” Watch Tiller on Power 106 below.