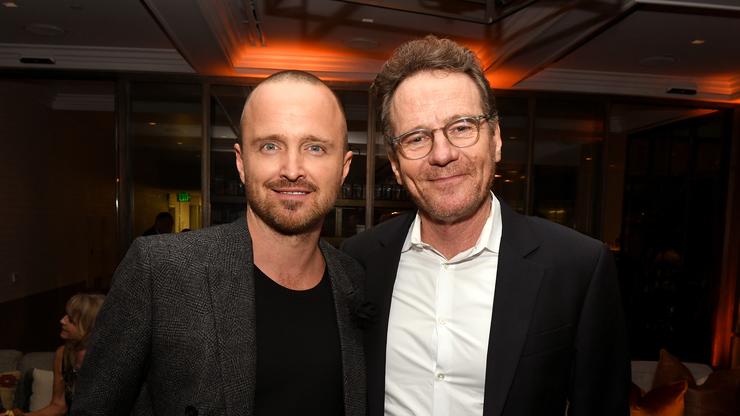 Bryan Cranston and Aaron Paul both attended the unveiling of two statues of their “Breaking Bad” characters in Albuquerque.

Bryan Cranston and Aaron Paul were both honored with two bronze statues of their Breaking Bad characters in Albuquerque, New Mexico, over the weekend. The show’s creator Vince Gilligan, as well as several local politicians, were also in attendance at the unveiling ceremony.

“In all seriousness, no doubt some folks are going to say, ‘Wow, just what our city needed.’ And I get that,” Gilligan said. “I see two of the finest actors America has ever produced. I see them, in character, as two larger-than-life tragic figures, cautionary tales.”

New Mexico Mayor Tim Keller spoke about the positive economic impact of the show, as well as showing the “good and bad” of the area.

“While the stories might be fictional … jobs are real every single day,” Keller said. “The city is also a character. … We see ourselves in so many ways, good and bad.”

Breaking Bad aired on AMC from 2008-2013, while a prequel series, Better Call Saul, is currently airing its sixth and final season. Both are widely cited as being among the greatest shows of all time.

On Saturday, Cranston and Paul both attended a game for Albuquerque’s Minor League Baseball team. the Isotopes.

“Thanks for 15 great years of being our host,” Cranston told fans at the event. “We love you very much. We love this city. We love you guys. Play ball!”