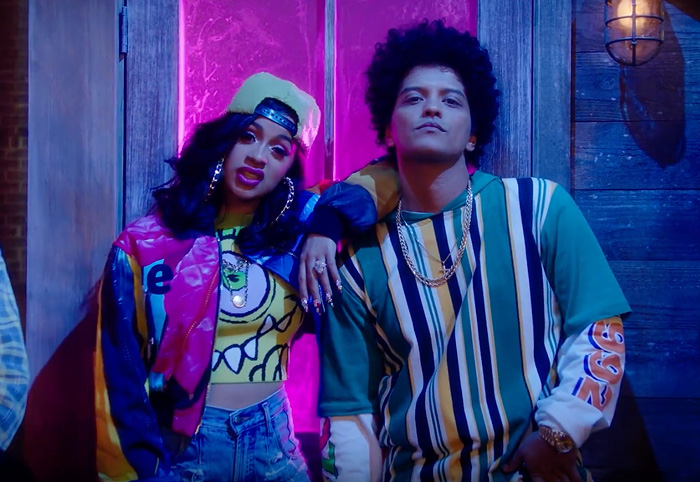 Hot f the remix to “Finesse,” Bruno Mars and Cardi B take it back to the ’90s in the funky video for their highly-anticipated collaboration.

Inspired by “In Living Color,” the colorful clip finds the dapper duo rocking ’90s fashion while recreating scenes from the sketch comedy series starring Keenen and Damon Wayans. The retro vibes kick f with Cardi and Bruno going hard in the paint while reimagining the intro to “In Living Color.” Then Bruno makes his throwback dream complete—dancing with the “Bodak Yellow” rapper on the actual set his favorite show.

“This video is dedicated to one my favorite T.V shows all time,” tweeted Bruno. “Shout out to the people over at Fox Studios and a very special thank you to @keeneniwayans.”

Get it goin’ on with Bruno and Cardi below.