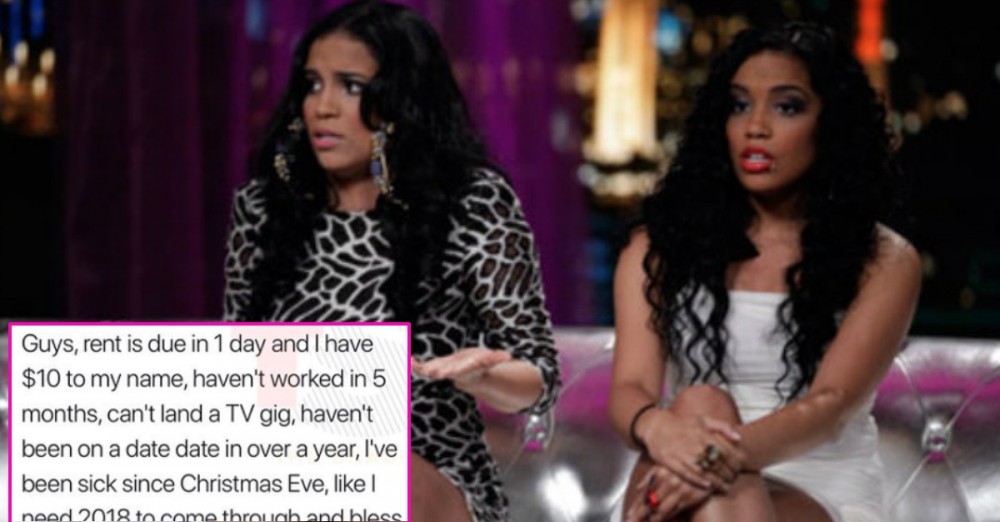 Reality TV can’t pay the bills forever, as Bad Girls Club alum Danielle Victor is learning. She’s come up a little short just at the start 2018. However, her 200 thousand Twitter followers have to be good for something, right? Danni V set out to make her social media followers good for something by asking all Twitter to help her pay her rent.

“Guys, rent is due in 1 day and I have $10 to my name, haven’t worked in 5 months, can’t land a TV gig, haven’t been on a date date in over a year, I’ve been sick since Christmas Eve, like I need 2018 to come through and bless my whole life because I can’t,” she wrote.

She elaborated on exactly how deep in the hole she is in a later post.

“I’m exactly $4,859 short on my bills including rent that’s $1700. If anyone following me loves me my paypal is email protected],” she explained. “Help Danni be great again.”

Society always look at people asking for help a little sideways. That goes double for people who have been on TV. For some reason, a stint on a reality TV show makes the fact that they’re broke more fensive to people than the poverty the beggar on the street. So, the negative comments started to flow in Danni’s direction almost immediately.

“And if anyone wondering if I’m serious, the answer is yes,” she said. “No one knows half the sh*t I’ve been through 2017 or why I didn’t ‘manage’ my expenses. So if you talk sh*t get blocked. Other than that donate or don’t.”