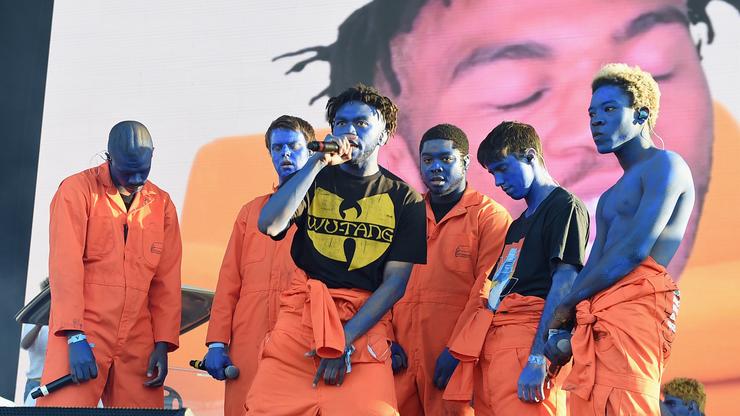 Brockhampton are releasing a final album before going on an indefinite hiatus.

Brockhampton are releasing one final album before going on an indefinite hiatus, the group announced during their performance at Coachella on Saturday. The band performed their biggest hits including “Buzzcut,” “1999 Wildfire,” “Summer,” and “Boogie.”

After wrapping up their set, they played a video of Kevin Abstract and the rest of the band meeting. At the end of the clip the words, “Final Album. 2022,” appeared on the screen. No title for the project was revealed.

Brockhampton announced they’d be going on an indefinite hiatus back in January and canceled all of their previously-announced 2022 tour dates, except for Coachella and a show at London’s O2 Academy Brixton.

“From the bottom of our hearts, thank you for being on this journey with us,” they wrote in a statement at the time. “We would not be here without our fans. We hope we’ve been able to inspire you as much as you have us these past eight years. We are bonded and grateful to you for life.”