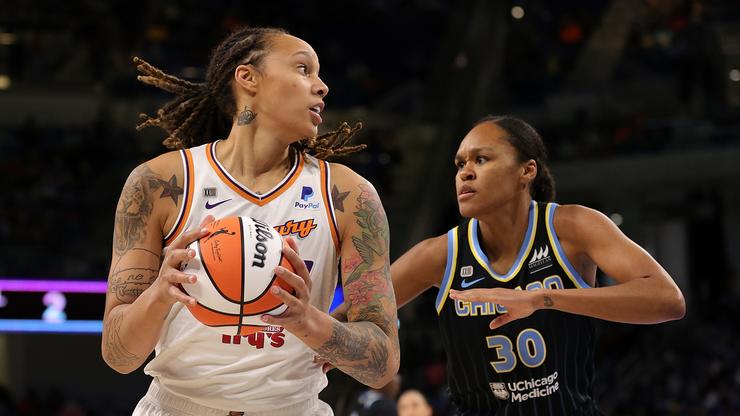 Brittney Griner has been detained in Russie for six months.

Ever since February, Brittney Griner has remained in a Russian prison after being arrested at the airport for allegedly having weed oil in her bag. The WNBA superstar has made numerous pleas to get out of jail, however, Russian authorities have kept her there, and they have been quite vigorous in their pursuit of prosecution.

As it stands, the United States is supposedly working on a prisoner swap with Russia that would allow Griner to come home, once and for all. Today, however, closing arguments are being made in Griner’s case, and Russian prosecutors are demanding a 9 1/2-year sentence. A judge will decide the sentence, later today.

Throughout the proceedings, Griner has expressed her remorse over the situation, and she even dropped an emotional statement in which she apologized to all of her teammates.

“I want to apologize to my teammates, my club, my fans and the city of [Yekaterinburg] for my mistake that I made and the embarrassment that I brought on them,” Griner said. “I want to also apologize to my parents, my siblings, the Phoenix Mercury organization back at home, the amazing women of the WNBA and my amazing spouse back at home.”

This continues to be a developing story, so stay tuned to HNHH for all of the latest news and updates from around the basketball world.