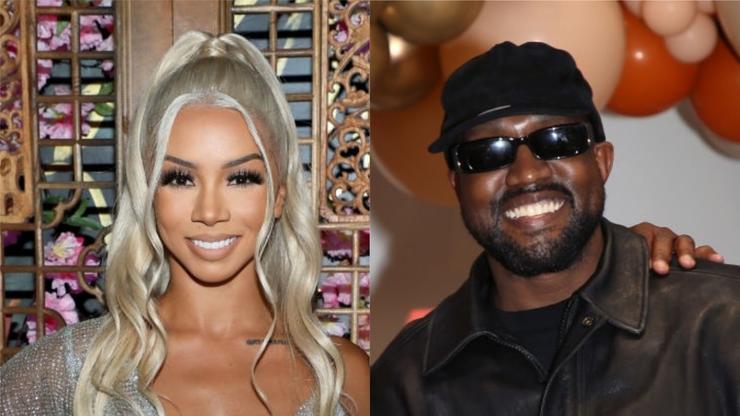 Brittany Renner caught up with Ye following his performance at Rolling Loud this weekend.

Social media personality Brittany Renner is getting her feet wet as an interviewer at hip-hop events. After her hosting gig at Rolling Loud New York, where she spoke to J. Cole and a bunch of other A-listers in rap, she returned for a similar role at Rolling Loud in California this weekend, where she managed to get some time with Ye (the artist formerly known as Kanye West) as he left the stage.

Despite Ye not being an announced guest at the festival this weekend, the mononymous artist stole the show by coming out during Future‘s set, freestyling a verse to “F*ck Up Some Commas” and performing some of his classics. When he walked off stage, Ye was met by Brittany Renner, who shared a few moments with the creative genius.

“It was a great f*cking performance,” said Renner to Ye.

“You look amazing, by the way,” added Renner, seemingly flirting with Ye, now that he’s divorced.

“Thank you very much,” he said, looking at her with a smile.

The Instagram personality didn’t get much time with Ye, and it seems as though this was more of a situation where Renner ran up on Ye, but the artist was clearly content to engage with her comments for a few moments.

Watch the brief interview below and let us know who you think Brittany Renner will end up interviewing next.