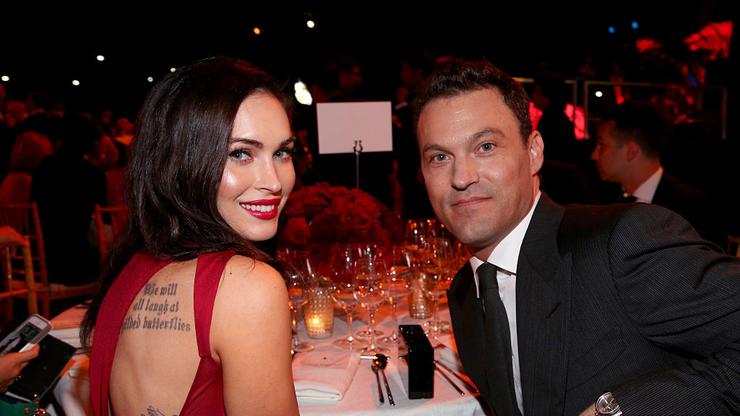 Megan Fox is not the only one moving on as her husband Brian Austin Green was spotted with Courtney Stodden and Tina Louise.

It looks like Megan Fox’s relationship with Machine Gun Kelly has been heating up. The two were first linked to each other back in May and have been seen spending lots time together, but it seems like Fox isn’t the only one who is moving on. After their separation two months ago, Fox’s ex Brian Austin Green was spotted out with Courtney Stodden, also spending time with model Tina Louise.

The 46-year-old actor was seen out in Los Angeles on Tuesday grabbing a meal with Australian model Tina Louise at Sugar Taco. Later that same day, the former Beverly Hills, 90210 star then appeared to be spending time with Courtney Stodden. Stodden posted a video the two together on Instagram Tuesday night, writing, “9021 now I kn0w…”

The 25-year-old media personality and the father–four first stepped out together in June shortly after his split with Fox became public. Photos captured the pair during an outing to a restaurant in Agoura Hills. “They were laughing together in the car,” an eyewitness shared.

Green confirmed his split from Fox on his …With Brian Austin Green podcast in May. “She’s always been honest with me. I’ve always been honest with her. We’ve had an amazing relationship. I will always love her, and I know she’ll always love me. I know that, like, as far as a family, like, what we’ve built, it’s really cool and it’s really special,” Green said in the podcast. “…And we’ll still do family vacations and we’ll do holidays as a family and really make that a focus for the kids.'”

Green and Fox were together for ten years before calling it quits in April. The two share three sons: Noah Shannon, Bodhi Ransom, and Journey River. Green has one child from a previous relationship with 90210 castmate Vanessa Marcil.