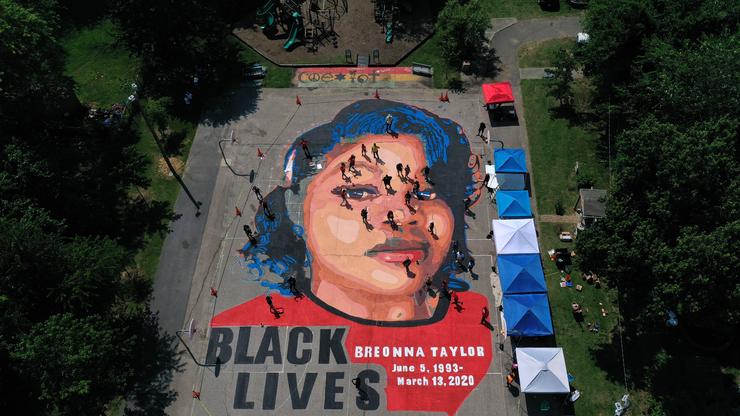 The fight for justice for Breonna Taylor is far from over. People are still rallying in the streets calling for the ficers involved in her murder to be arrested. Earlier this week, a slew protesters, that included YBN Cordae, Trae Tha Truth, and more, were arrested for protesting in front the attorney general’s ficer calling for the arrest  Jonathan Mattingly, Brett Hankison, and Myles Cosgrove.

New reports from the Louisville Courier-Journal reveal that after firing shots that hit Breonna Taylor, she was still alive for five minutes afterward, yet there was no attempt to try and provide her medical attention. For five minutes, she had reportedly been struggling and coughing for oxygen. Breonna’s boyfriend, Kenneth Walker, detailed the evening with investigators after her murder. He said as he called Breonna’s mother, he only realized it was the police after they called him to “get out.” It should be noted that police never announced themselves before trying to enter Breonna’s apartment.

Jefferson County Coroner Barbara Weakley-Jones said she wasn’t called to the scene nearly an hour after the shooting. Though she said that’s a common practice, she claimed that even if police did try and provide her medical aid, she still wouldn’t have survived due to the severity the wounds.

“If she had even been outside an emergency room department at a hospital, and she got shot and sustained the same injury, they would not have been able to save her,” she said. “… So there’s no way that even if they (police) ran to her and tried to give her aid, they can’t do anything because it’s all internal injuries that you can’t stop.”