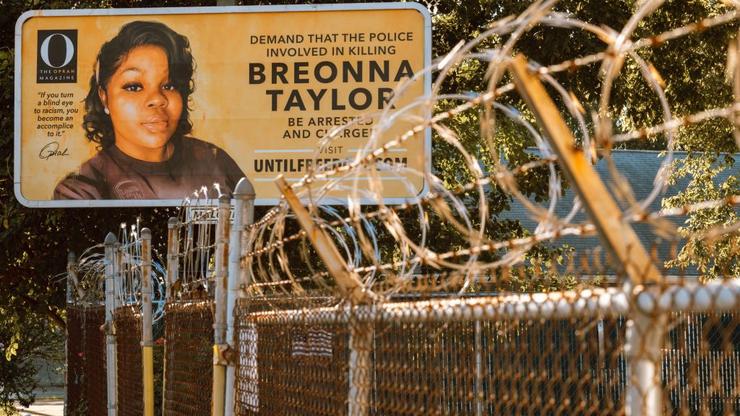 Two grand jurors from the Breonna Taylor case say that the police’s actions were “negligent” and “criminal” on the night she was murdered.

It’s becoming pretty clear that we may never see justice for Breonna Taylor, no matter how loud our cries get.

The 26-year-old emergency medical technician, who had dreams of becoming a nurse, was killed in her apartment after police officers Brett Hankison, Jonathan Mattingly, and Myles Cosgrove barged in with a no-knock warrant. Breonna’s boyfriend, Kenneth Walker, says that the officers never identified themselves, so he and Breonna were unsure of who was at the door. After they barged in, Walker describes the sounds of gunfire as being in a “war zone”, saying that the shots didn’t stop ringing.

Breonna Taylor lost her life that night. A grand jury was in charge of determining the fate of the officers charged, simply handing Hankison one count of wanton endangerment for firing a bullet through the wall of Breonna’s apartment.

It has been revealed in recent weeks that, despite the public pushing for murder and manslaughter charges against the officers involved, that option was never presented to the grand jury, which goes against what Kentucky Attorney General Daniel Cameron previously said.

This morning, two of the grand jurors in the case sat down with Gayle King on CBS This Morning, and they were asked what they thought of the police’s behavior and actions on the night Breonna was killed.

“Negligent,” said the first juror, whose identity was shielded. “They couldn’t even provide a risk assessment. It sounded like they hadn’t done one. Their organization leading up to this was lacking… that’s what I mean by they were negligent in the operation.”

The first juror explained that they were never given a chance to consider murder or manslaughter charges, and they were told that “there would be [no other charges] because the prosecutors didn’t feel they could make them stick”.

Juror No. 2 claimed that the police’s actions that night were “criminal”.

“They were criminal leading up to this in everything that they — the way they moved forward on it, including the warrant,” they said, claiming that their behavior was deceptive.